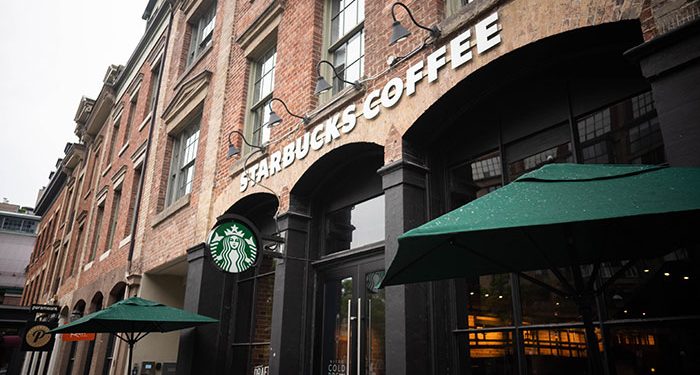 Starbucks and hundreds of people on social media have praised the calm composure of 19-year-old Alex Beckom in dealing with the outbursts of a disruptive customer who refused to wear a face mask. A barista at a Starbucks outlet in Santee, about 18 miles northeast of San Diego, Beckom posted a video where a female customer flared up after she reminded her to wear a mask next time she visited.

According to Beckom, the customer wore her face mask when she came into the Starbucks outlet but later pulled it down to her chin to place an order with another barista. She said she asked the woman to use her mask over her face in compliance with Starbucks nationwide policy, and the woman complied briefly before removing it again.

The video starts with the white woman telling Beckom, who is black, that “When you talk to me like that, I know it’s because you’re discriminating against me because I’m a Trump supporter. F–k Black Lives Matter. I need a straw.”

After Beckom had produced the straw and given it to the woman, the customer said “Thank you. And I need sugar, too, please, the raw sugar, like, two packets, please.”

A few minutes later, Beckom handed the requested items to the woman and said “The next time you come in, I’m gonna need you to keep your mask on, or else I can’t help you.”

The customer then became agitated and threw tantrums.

At this point, Beckom calmly told the woman, “You need to leave, thank you.” The irate customer rose and left the store, but she turned back at the door and shouted, “F—k Black Lives Matter.”

While many people praised Beckom for de-escalating the situation, Starbucks stated that such behavior as demonstrated by the customer is not welcome in its stores.

“This behavior is not welcome in our stores,” Starbucks stated. “Our focus right now is providing support to our partner who demonstrated tremendous composure during a very difficult interaction.”