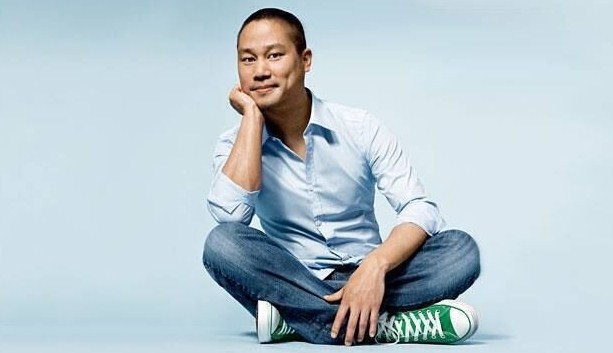 Tony Hsieh, the serial entrepreneur who changed the face of the American shoe industry, is dead. He died at the age of 46. A statement from his company said Hsieh died on Friday. He died in the presence of family members who offer their support till the end, Fox reports.

A lawyer for Hsieh confirmed to the press that he died following injuries sustained from a fire incident. No details were given on how the fire incident happened. Law enforcement officers have launched an investigation into the fire incident that led to Hsieh’s death.

The DTP companies released an official statement afterward to celebrate the trailblazer instead of mourning him. The statement expressed its deepest condolence to everyone who was, in one way or the other, touched by the life of the visionary. The statement pleaded with everyone to afford the family the needed privacy as they go through this difficult and challenging period of their lives.

Hsieh was a former CEO of Zappos. He also founded the DTP companies on the sideline. Hsieh attended Harvard University. After graduation, he joined Zappos in 1999, which was formerly named ShoeSite.com. Amazon acquired Zappos for $1.2 billion in 2009. However, Hsieh remained in the company until he retired, Yahoo writes.

Hsieh stepped down as the CEO of Zappos back in August. However, there was no official statement about this from the company or Hsieh. For more than twenty years, Hsieh held the top position for Zappos until he stepped down.

Zappos released a statement mourning the death of its former CEO. The company extolled the virtues of Hsieh, who it said lived for others and always seeking novel ways to make other people happy.

Social media was inundated with eulogies and tributes from friends, and all who knew him as soon as the news of his death became public knowledge. Gov. Steve Sisolak released a statement saying that Hsieh played a key role in helping to develop Downtown Las Vegas. He sent his love and condolence to the family of Tony.

There were condolence messages from Amazon’s Jeff Bezos, Ivanka Trump, and numerous councilmen and councilwomen. Zappos CEO Kedar Deshpande said that the company had lost an influential figure who mentored most employees of the company and was a friend to all.