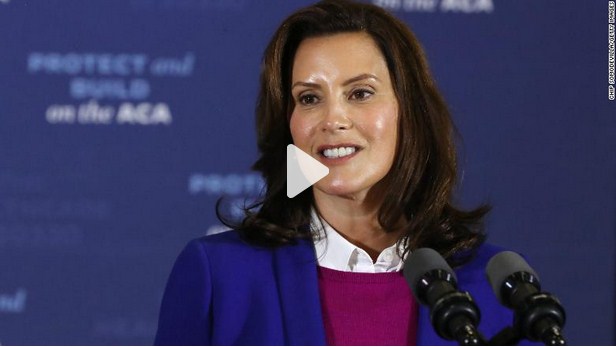 A member of the Wolverine Watchmen militia who plotted to kidnap Michigan Gov. Gretchen Whitmer and try her for treason has pleaded guilty to the planned attack. Ty Garbin, 25, was one of six men charged under federal law for attempting to kidnap Whitmer, destroy her vacation home, and possibly execute her for imposing COVID-19 restrictions in Michigan, CNN reports.

Garbin agreed with prosecutors at the federal court in Michigan to plead guilty and reveal all the details of the kidnap plot in return for leniency during his sentencing. He also agreed to rap on his five other friends – Adam Fox, Kaleb Franks, Daniel Harris, Brandon Caserta, and Barry Croft – and even take a polygraph test to prove that he will not lie if called upon to testify against his co-conspirators.

US District Judge Robert Jonker asked Garbin if he could testify against his friends and he said he could do that. The judge told him that he may be “called to the courtroom and obligated to tell the truth…even if it ends up hurting people you know. Do you think you could do that?”

“I could, your honor,” Garbin replied.

Charged for kidnapping conspiracy, Garbin could be sentenced to life in prison, the maximum sentence for his crime, but pleading guilty and agreeing to cooperate with prosecutors will reduce his sentence. He is scheduled for sentencing on July 8.

According to prosecutors, Garbin and his friends between June 6 and October 7 conspired to attack the vacation home of Whitmer and then abduct her for execution on live TV. They strategized on building bombs and had acquired the necessary firearms to carry out the act; they also planned on blowing up a bridge leading to the vacation home in order to delay the intervention of law enforcement agents, the Daily Beast reveals.

“Snatch and grab, man,” Fox, one of the men, had declared on a recorded call in July 2020. “Grab the fuckin’ governor. Just grab the bitch. Because at that point, we do that, dude—it’s over.”

Although the entire six conspirators were arrested, eight other men were also arrested in connection with the plot and for planning other attacks related to Inauguration Day. The men planned to recruit up to 200 men to attack the Capitol and capture any politician they could lay their hands upon and then execute them after trying them for treason on live TV.

The FBI got wind of the plan to kidnap Whitmer through another member of the group who became an informant and sensitized law enforcement to a social media group plotting the attack. The informant introduced an undercover FBI agent who posed a bomb specialist to the group and this led to their capture and federal charge.