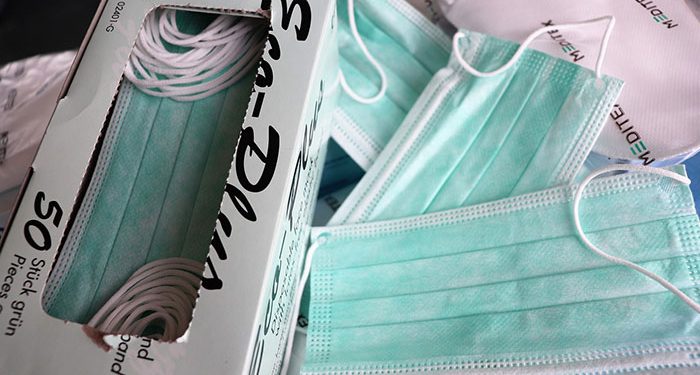 Governor Gary Herbert of Utah has announced a new set of COVID-19 restrictions on the residents of the states following an increasing rise in the number of daily injections. Herbert stated in his address that all residents will now be required to wear face masks, while social gatherings will be limited to members of a family only, and extracurricular activities will be suspended in schools.

Herbert made the announcement late in the day on Sunday after residents received an emergency alert from the state on their mobile phones. The governor explained that the restrictions are uncomfortable but necessary following thousands of new cases being recorded weekly in the state. He also stated that most of the hospitals in the state are getting full, and more residents will continue to die every day if something is not done.

“Our people’s lives are at stake here, as the infection is spreading and more deaths are recorded every day,” Herbert stated. “Our hospitals have reached their maximum capacity. If we continue this way, how do we take care of patients who have the virus or other emergency cases such as heart attacks, strokes, surgeries, and trauma? We have to work with our health advisors to curb the spread until a vaccine is approved.”

According to Herbert, the new restrictions will commence at 1 pm on Monday, November 9, and end November 23. The governor explained that from that time, residents will be required to have on their masks whenever they are in public gatherings within six feet of people who do not share a home with them. The mask mandate as stated by Herbert also applies to businesses and businesses who fail to follow it will have to pay fines.

There will also be no social gatherings except between members of a household until November 23 and extracurricular activities in schools, except football, are suspended. College Football games and high school championship games can only hold if the participants will be tested and spectators will be drastically reduced according to the governor. Colleges will be mandated to carry out rapid tests on their students at least once a week as earlier announced on Friday.

The governor also stated that the Utah National Guard will assist efforts to trace contacts of people who have been infected to further curve the spread of the virus. Residents or businesses who flout the order face the risk of paying up to $1,000 in fines and Gov. Herbert can extend the restrictions past November 23 if things remain the same according to authorities.

Herbert has been widely criticized for failing to announce restrictions earlier as the situation in the state worsened. He previously explained that he was trying to consider the economic survival of the state before imposing restrictions that will be too harsh on the people.

Dr. Eddie Stenehjem, an infectious diseases expert at Intermountain Healthcare has applauded Herbert’s move to stop the spread of the infection in Utah. Stenehjem explained that with the infection rates spiking over the past three weeks in the state, the governor’s decision is a step towards saving the people of Utah.

Majority of Children Who Died From COVID-19 Are Hispanic, Black, or American Indians