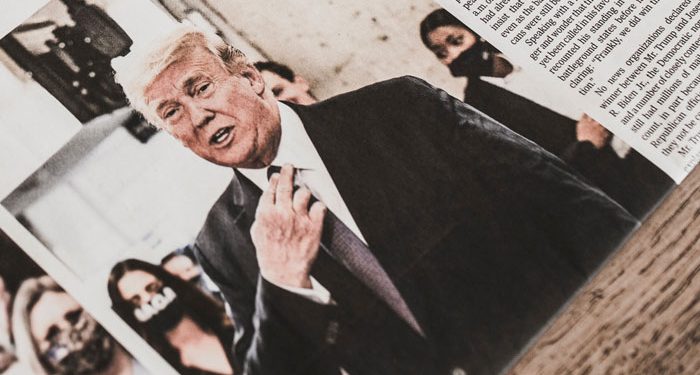 The Trump administration suffered a significant blow on Monday when a federal judge in Chicago turned down a vital immigration rule. The administration had ruled that green cards should be denied to any immigrant who accessed public benefits. The rejection by the federal judge came a day to the United States presidential elections.

Implementation of the rule had recently begun but was faced with several lawsuits, making the Supreme Court reverse the policy. According to Gary Fernerman, the district judge who blocked the ruling, the Trump immigration rule infringes on administrative processes. He said that federal agencies answerable to the public required a thorough procedure before passing new regulations.

There has been an intricate legal battle concerning the rule, which is one of the several forceful steps taken by the US president in a bid to revamp the country’s immigration structure. The Illinois Coalition of Immigrant and Refugee Rights and Cook County (ICIRR) filed the lawsuit in Chicago.

A little insight into the rule reveals that it empowered immigration officers to reject the issuance of permanent residency to legitimate immigrants as a consequence of using public benefits such as housing vouchers, food stamps, and Medicaid, among others. In another sense, immigrants applying for green cards had to prove that they would not be a liability to the United States or “public charges.”

While there are already provisions in federal law that required legal immigrants to prove not to be “public charges”, the Trump immigration rule contained many more disqualifying factors.

Different reactions had trailed the Trump administration’s rule. Public health authorities refer to it as a rule that could result in higher costs and more impoverished health conditions since it places migrants in a dilemma as they struggle to choose between accessing essential services and remaining legal residents of the United States. On their part, promoters of immigrant rights see it as a wealth test.

A senior policy ICIRR counsel, Fred Tsao, has also criticized the manner in which the present administration introduces policies, referring to the immigration rule as an attack against legal immigration. He said, “We may or may not get a new administration. If we do, we’d like to see a lot of this damage undone and hopefully some legislative changes that will actually benefit immigrants instead of scaring them away.”

In a statement issued by the ICIRR, Toni Preckwinkle, the Board President, said, “As we all continue to be impacted by COVID-19, it is vital that no one is fearful of accessing health care. The court’s decision to block enforcement of the Public Charge Rule re-opens doors for immigrants to access vital services like health care.”