Vietnam Police Seize Over 320,000 Used Condoms Boiled, Dried, and Resold For Use 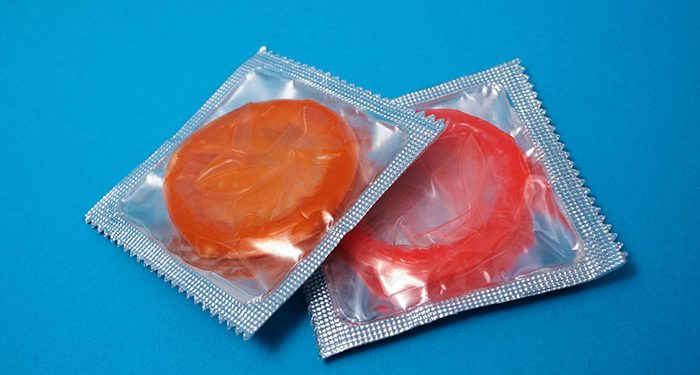 The Vietnam police have raided and confiscated over 320,000 units of used condoms which had been boiled, dried, and marketed for public use again. A woman contracted to recycle the used condoms in the Binh Duong province was arrested and is helping the police with their investigations.

The used and repackaged condoms were stuffed into bags and they weighed nearly 800 pounds.

The arrested woman, 34-year-old Pham Thi Thanh Ngoc, reported that an anonymous man brings the used condoms to her for recycling every month and that she is paid an equivalent of 17 cents for every two pounds of prophylactic that she is able to boil, dry, and repackage for sales the second time. She confessed to law enforcement that the condoms are reshaped using a wooden prosthesis.

Condoms are not made to be reused in any form, and it is best to dispose of them properly after each use. Although some people try to reuse them again, the practice often leads to leakage, breakage, and unprotected sex. Health experts emphasize that reusing condoms is dangerous and exposes individuals to diseases such as syphilis, gonorrhea, and HIV among others.

Unfortunately, sex workers in developing countries are known to reuse recycled condoms, placing them at risk of infecting people and getting infected themselves.

A sexual health expert and an honorary professor at the University of New South Wales, Juliet Richters, said she is aware that some people wash condoms for possible reuse, but she is not aware that it is done on an industrial scale for commercial gains. She added that repacking used and recycled condoms might be hard and that the process would definitely compromise the integrity of the prophylactics.

The Binh Duong Department of Health said they are not aware of the situation despite the fact that it was even reported on state-owned Vietnam Television and in local news outlets.