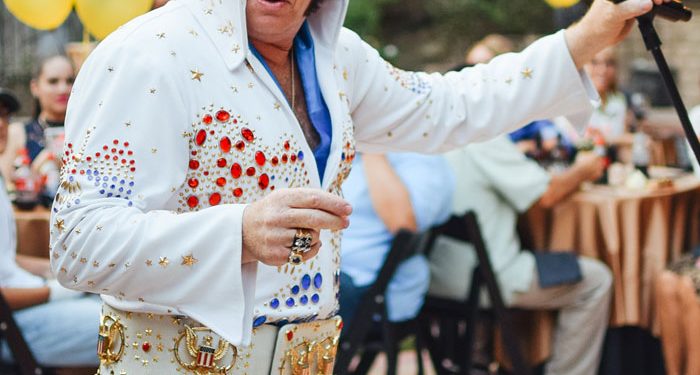 Elvis Presley’s lookalike grandson who committed suicide on July 12 has been buried beside the great King of Rock “n” Roll on Thursday. Benjamin Keough, 27, was the son of Lisa Marie Presley, the only child, and daughter of Elvis Presley. Keough was born to Lisa Marie’s former husband, Danny Keough, a musician and songwriter.

Presley bought the 13.8-acre estate in 1957 and lived there until he died on August 16, 1977. The property was opened to tourists and visitors on June 7, 1982, and remains the most-visited house in the United States after the White House. The family property attracts between 500,000 and 750,000 tourists every year.

Lisa Marie enjoyed a special bond with son Benjamin and even got a matching Celtic eternity knot tattoos with him in 2009. And in 2012, he featured him and his siblings in one of her music videos which was a commemoration of Elvis Presley’s 1954 hit-song “I Love You Because”. She revealed that she couldn’t always take her eyes off her son because of his great resemblance to her father and that people always wanted a photoshoot with him to remind them of Presley.

Lisa Marie’s manager Roger Widynowski disclosed that Marie is devastated with her son’s untimely death and very inconsolable. Condolence messages have been pouring in from all over the world since the unfortunate incident happened and Marie had been very heartbroken even with every coming message of love and solidarity.

“She is completely heartbroken, inconsolable and beyond devastated but trying to stay strong for her 11-year-old twins and her oldest daughter Riley,” Widynowski stated. “She adored that boy. He was the love of her life.”

The reason for Benjamin Keough’s suicide remains shrouded in mystery and the family appears unaware of the reasons for his taking his own life.