French Policemen Suspended, Caught On Video Beating a Black Man in His Studio 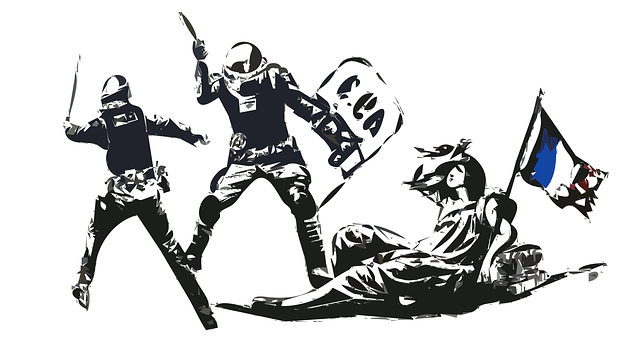 Three French police officers were suspended after a video of them beating a black man in Paris surfaced online. The French interior minister, Gerald Darmanin, said he single-handedly ordered their suspensions after a news website, Loopsider, distributed the offensive video footage.

In the video, a man whose lawyer identified as Michael Zecler, is being beaten by some police officers. According to Darmanin in a television broadcast, the pictures shocked and rendered him speechless. And he immediately commanded the suspension of the police officers when he learned about what happened.

“As soon as the facts will be confirmed by Justice since it is looking into it, I will ask for the dismissal of those police officers” he added.

The news website Loopside also published a conversation with the victim of the beating, a man whose identity is unknown. In the conversation, he said that he was afraid and also telling himself that this may be his last day even though he doesn’t know why.

According to Reuters, the man told journalists that he was walking around his studio without wearing a face mask which is a violation of COVID-19 rules in France. He said he immediately went into his studio when he sighted the policemen in order to avoid a fine. The policemen then went after him and physically abused him.

In a statement released on Thursday, the Paris Police Prefecture said that this case was under further investigation by the French Internal Police Investigation. The police officers, however, did not know that a security camera in the studio has filmed all their actions. After being held for four days, the man was freed without any accusation.

This incident helped to fuel the protest against the global security bill that was passed to the senate. The bill was against the publishing of videos or photos that intends to harm police officers.