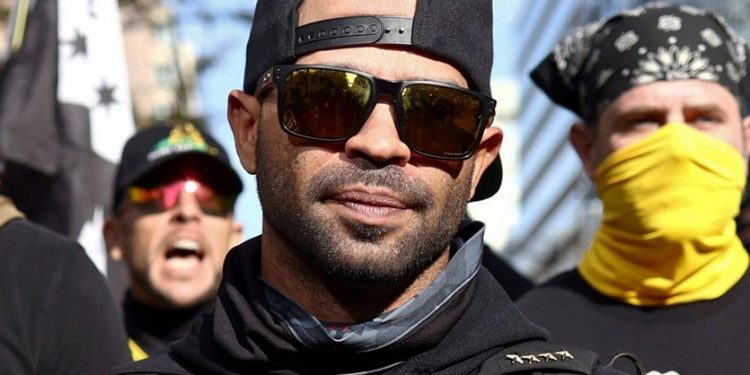 Following the January 4 arrest of Henry “Enrique” Tarrio, facts have emerged that the Proud Boys leader was a key FBI informant and helped with the conviction of 13 criminals. Tarrio, 36, was found in court documents to have helped the FBI and the Miami police to arrest and convict several drug dealers and human traffickers since 2014.

When arrested in 2013 for fraud charges in connection with the sale of stolen diabetic kits, Tarrio’s sentence was reduced from 30 months to 16 months in deference to his key cooperation with local law enforcement and federal prosecutors to bust drug cartels, gambling schemes, and capture human traffickers.

An FBI agent and Tarrio’s personal attorney revealed the Proud Boys leader was highly instrumental to many successful cases solved by prosecutors. They said he worked undercover to assist law enforcement with many cases. But Tarrio denied many of these revelations, saying what is being said about him is not true.

Court documents, FBI prosecutors, and a former federal prosecutor, Vanessa Singh Johannes, show Tarrio verily worked with law enforcement to bring down other offenders. “He cooperated with local and federal law enforcement, to aid in the prosecution of those running other separate criminal enterprises, ranging from running a marijuana grow houses in Miami to operating pharmaceutical fraud schemes,” Johannes said.

A former Tarrio lawyer, Jeffrey Feiler, said in court documents that the Proud Boys leader even risked his life to infiltrate target gangs dealing in anabolic steroids, the cannabis grows houses and human smuggling. “At his own risk, in an undercover role [Tarrio] met and negotiated to pay $11,000 to members of that ring to bring in fictitious family members of his from another country,” Feiler revealed.

How Tarrio changed from a high-prized undercover agent for federal and state law enforcement to a far-right extremist group leader remains unknown. In fact, he told Reuters in former interviews that he often notified police departments before the Proud Boys hit any area, but it appears he stopped doing that after police cracked down on the group on December 12.

During his arrest on January 4, Tarrio was found with two high-capacity gun magazines after burning a Black Lives Matter flag at an ancient church in Washington. In the January 6 attack on the Capitol in which the Proud Boys group featured prominently, Tarrio appeared to have operated from the background but five members of his group were arrested and several persons had lost their lives in the assault.