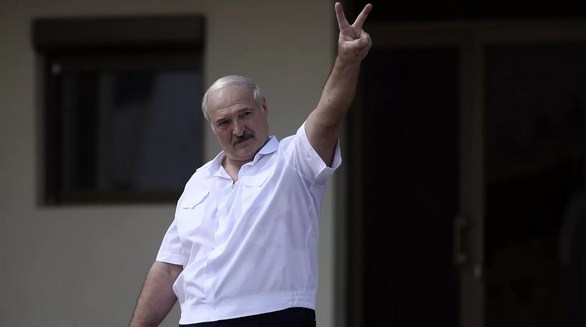 Belarusian President, Alexander Lukashenko, may have caved into months of anti-government protests as the dictator said he would step down if the country enshrines a new constitution, Axios reports. This report is coming from the state-owned news agency.

The president was quoted as saying he was not going to play a part in the creation of the new constitution nor sway its contents to suit his needs. He said this would not happen because he would leave as soon as a new constitution comes into effect.

For months, protesters had demonstrated against the president, demanding that he relinquish power. The president had declared himself the winner of the August 9 presidential that his opponents said was rigged in his favor.

Observers are yet to determine if the president really means to step down or was just buying time to assuage protesters and the International community. However, this is the first time the president, often referred to as the last dictator in Europe, will be publicly commenting about the prospect of leaving power.

Lukashenko made the comments about leaving office when he visited COVID-19 red zone of the Minsk City Clinical Hospital on Friday. In his statements, he implied that the current Belarusian constitution concentrated much power in the hands of the president. He noted that the country needed a new constitution that would benefit the whole country. He said he didn’t want the country to collapse in the nearest future.

Lukashenko has been in power for 26 years. He has served as the first and only president of the former Soviet Union nation since the office was created. He was inaugurated for his sixth term on September 23, NBC News writes.

When the protests started months ago, he responded by violently cracking down on protesters and using torture as a means to quell the uprising. Franak Viačorka, a top opposition leader, and Sviatlana Tsikhanouskaya, who declared herself president, said via Twitter that the opposition groups would continue to demand the elections hold before any move towards constitutional reforms is initiated.

While Russia may have publicly supported Lukashenko amid the backlash he received following allegations of torture against protesters, analysts say the Kremlin may be comfortable to see Lukashenko go so that a president with less political garbage and who was also sympathetic to Russia could emerge.