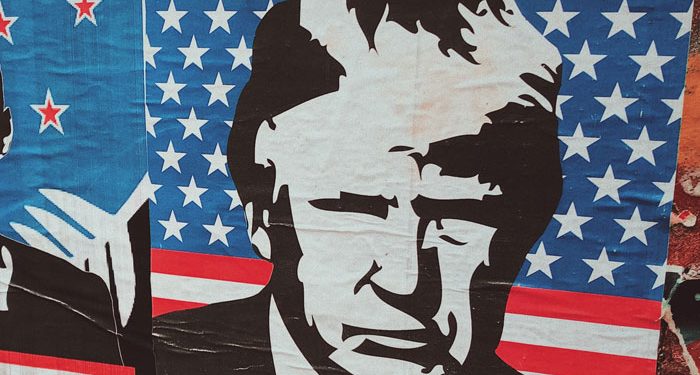 While the nation was divided and on edge about the outcome of the presidential election, the incumbent president Donald Trump, according to reporters was at the Trump National Golf Club located at Sterling, Virginia. According to our tally, Trump has visited golf clubs 299 times since he was elected president although he has constantly berated Barrack Obama, his predecessor for spending time playing golf.

The president has also visited many of his numerous establishments 410 times since he became president. He was waiting for the results of the elections just like the rest of the world though it was later called for Democrat Presidential candidate Joe Biden. Pennsylvania’s 20 Electoral College votes when added to Democrat Senator Joe Biden’s 253 electoral votes gave him a triumph over Trump, assuring him a spot as the 46th president of the United States.

Trump had on dark-colored slacks, a non-dress shirt, a windbreaker, golf-appropriate shoes, and his famous “Make America Great Again” hat, according to reports. As it’s the president’s custom, he has continued to make unfounded claims on Twitter that he has won the election and refused to concede defeat even as world leaders have taken to their social media accounts to congratulate Biden.

The fact that Trump turned to his Golf Course at a time like this shows how dependent he is on the sport yet he has berated Obama for doing the same thing. The Republican president defended his frequent visits to the course during the summer by tweeting that he only plays “a quick round of golf” but Obama had played more frequent and longer rounds of the game than he does. Media houses have however stated that Trump has played more than Obama did in office, CNN reports.

The president’s journey to the golf club was marked with some unpleasantness according to reports. First, there were more Biden/Harris signs and a particularly bold supporter of the Biden campaign had a sign with the phrase “Good Riddance”. Another American, clearly against the Trump campaign also gave Trump a thumbs down, according to reports. A similar incident occurred early during Trump’s tenure when a cyclist, Julie Briskman flipped Trump’s motorcade the bird.

While Trump was still at the Golf Club, the results for Pennsylvania were released and notable media houses called the election in favor of Joe Biden. The Republican politician has however refused to accept all the reports and proudly stated that he will contest the results of the election which according to Trump were riddled with fraudulent activities.

“Biden is rushing to claim victory because it’s all a fraud, and we shall contest it,” Trump stated.

He alleges different claims of voter fraud and irregularities with the ballots especially the Mail-in ballots. Golfer Rick Reilly has strongly denounced Trump’s claims that he has 18 golf club championships. Reilly described the claims as lies that no credible, sane golfer will make let alone believe. President-elect, Biden is a golfer too, Golf Digest named him among “Washington’s top 150 golfers” with a 6.3 handicap.

3 Simple Confidence Hacks You Can Try