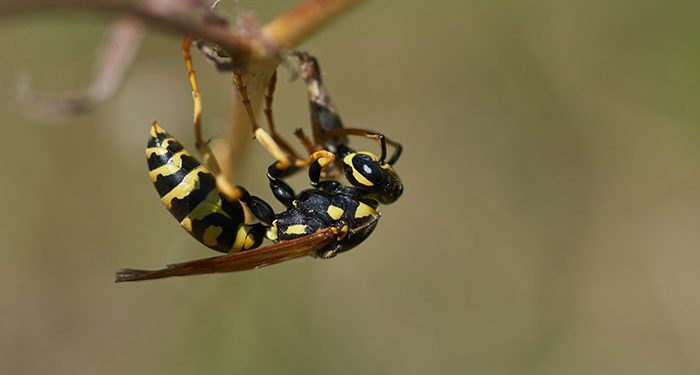 Scientists successfully removed 98 giant Asian hornets from a family’s backyard in Whatcom County, Washington State, on Saturday. According to the Agriculture Department in Washington, 13 of the murder hornets were captured alive while the remaining 85 were vacuumed into a uniquely designed container. The entomologists that performed the evacuation revealed that more “murder hornets” are probably still lurking in the county.

“The eradication went very smoothly,” Sven Spichiger, the managing entomologist, announced. “This is only the start of our work to hopefully prevent the Asian giant hornet from gaining a foothold in the pacific north-west.”

The evacuation began early in the morning on Saturday; the team members were fully covered in protective suits and used scaffolding to reach the top of the tree where the hornet nest was, the Guardian reports.

The evacuation was done by wrapping the tree in cellophane and blocking the exits below and above the nest with foam padding. Then the team inserted a vacuum hose into the nest to suck out the insects. The team also sprayed the tree with carbon dioxide to disarm any remaining hornets and placed traps around the tree for other surviving hornets who were absent during the evacuation.

The entomologists that removed the giant hornets revealed that the next step will be to ascertain whether the insects have commenced the production of new queens, adding that this is usually done in October. The Washington State Agriculture Department said that it will keep setting traps until November to catch other hornets.

The department told reporters that efforts have been ongoing to discover and catch the insects since last December when the presence of the insects was first confirmed in the state. An Asian giant hornet was caught in July and others were also caught close to the Canadian border.

Asian giant hornets are notorious for preying on honeybees; a group of the insects can destroy a whole hive in hours, according to entomologists. The insects also sting humans and spit venom. About three dozen people die every year from their stings in Asian countries. Hornets, bees, and wasps cause 62 deaths in the United States every year, according to the Centers for Disease Control and Prevention (CDC).

The insects measure up to 2 inches in length and are mostly found in China, Thailand, Japan, Vietnam, South Korea, and other Asian countries. They have been discovered in British Columbia, a province of Canada, and Whatcom County of Washington State.

Jamie Polinder, whose backyard had hosted the murder hornets, told reporters on Monday that the tree where the insects nested was just 50 feet away from his children’s swing.

Regal Theaters to Shut Down 536 US Locations and Furlough Nearly 40,000 Employees