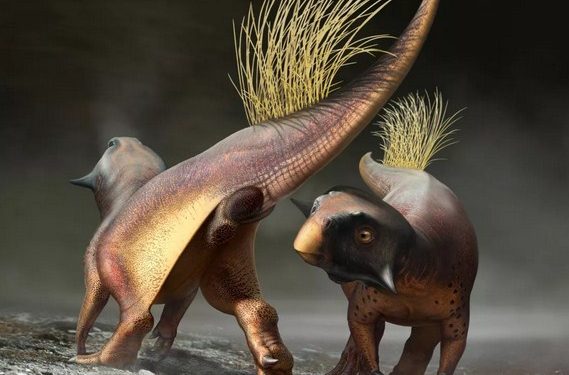 Scientists may have discovered the sanctuary of a giant worm that made passing sea animals their meals when their paths crossed millions of years ago. The worm’s shelter was found in Taiwan.

Scientists said from all indications, the shelter, discovered in ancient marine sediment and about 2 meters in length, may have served as the hiding place of the predator, which ambushed animals and dragged them to their slaughter in its haven.

Researchers have likened the ancient predator to today’s Bobbit worms renowned for ambushing their prey in the sandy seafloor of warm marine waters. These worms have antennae that can detect when prey is passing by. Their powerful jaws make up for their soft bodies and allow them to tear apart their victims within seconds.

Prof Ludvig Löwemark, a sedimentologist at National Taiwan University, said millions of years after, it would be impossible to outrightly confirm if the undersea burrow was made by ancestors of the Bobbit worm or other predatory worms with the same modus operandi. Löwemark confirmed that the burrow patterns align with the behavior of a typical Bobbit worm.

Löwemark and his colleagues came around the ancient lair when studying a 20 million-year-old sedimentary rock on the north-eastern coast of Taiwan. All the years of weathering by the various harsh elements did not diminish the outstanding outline of the lair that can sometimes be seen from the fine sandstone rock.

Researchers were initially confused on which animal was responsible for creating the fossilized burrow that was about 3cm-wide. Shrimps and other creators were considered. However, after a painstaking analysis of the marks and outlines made on the liar, especially within its entrance, Bobbit worms or their close relatives were marked as likely suspects.

Scientists explained that after clinching its prey, the lair’s entrance collapsed, prompting the worms to rebuild its sanctuary before another hunting session commences. This resulted in the feathery-like, stacked coned-shape that was made on the burrow.

The research, published in the journal Scientific Reports, noted that there were 319 such burrows in the sedimentary rock in Yehliu Geopark and its surrounding areas, which had earlier caught the eyes of the researchers. In other words, the seafloor around the area was populated with the creature.

The trace fossil burrows have since been named Pennichnus formulae. The burrows initially run vertically, then horizontally after about a meter. This is because as they burrowed further downwards, the worms found the sediments a little too hard to burrow into. The water at the level also contained a lot less oxygen. However, Bobbit worms can survive just fine, as they breathe using their skin.

To help with their study, the researchers had expected to find the fossilized remains of their prey within the worms, but that hope proved abortive, as the worms were in the habit of shooting out their waste matter to the surrounding waters.