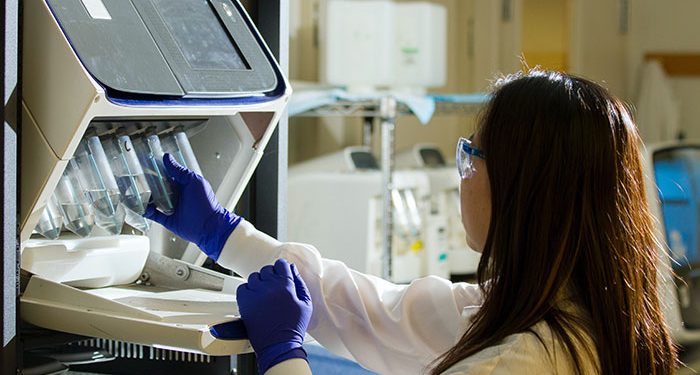 Scientists have identified climate change and deadly cyanobacteria neurotoxin as the cause of the mysterious deaths of over 330 elephants in Botswana, and possibly the 20 in Zimbabwe. The finding brings to rest months of speculation behind the sudden and massive death of the giant elephants.

The Department of National Parks and Wildlife in Botswana had initially feared that anthrax and poisoning from poachers may have caused the elephants’ deaths. But when these seemed improbable, they sent samples from the dead elephants as well as live ones, and environmental samples from soil and water to laboratories in Zimbabwe, South Africa, the UK, US, and Canada.

The results from lab tests were the same. The 330 dead elephants in the Okavango Delta of northwest Botswana died as a result of toxic blooms of cyanobacteria occasioned by climate change. Cyanobacteria is a blue-green alga and naturally occurring neurotoxin that proliferates in warm shallow waters as a direct result of global warming; and the elephants drink from shallow water pans in the savannah.

“Climate change and the effect of global warming on the region is increasing both the intensity and severity of harmful algal blooms, making this issue more likely to reoccur,” said Dr. Niall McCann, co-founder of UK-based charity National Park Rescue. “Climate change is the threat multiplier.”

Mmadi Reuben, a principal veterinary officer at the Botswana department of wildlife and national parks confirmed that “our latest tests have detected cyanobacterial neurotoxins to be the cause of deaths” and that cyanobacteria are “anaerobe bacteria found in the water of seasonal water pans.” He added that the deaths among the elephants stopped when the seasonal waterholes and water pans that the elephants drink from dried in late June.

Apart from the elephant deaths in the Okavango Delta, 20 other elephants also died in the Hwange National Park of neighboring Zimbabwe but researchers are not certain if this is also caused by cyanobacteria or some other factors. However, McCann is of the opinion that climate change will still contribute to the cause of the animals’ death in Zimbabwe.

“Climate change is the ultimate cause, even if the proximate cause is something different,” McCann said. “These types of things are only going to become more common, more frequent and the issue of warming waterholes is going to become worse and worse in time.”

Botswana has the largest population of elephants in the world and over a third of the elephants in Africa with about 130,000 elephants according to statistics from the Great Elephant Census.

Microsoft Launches New Outlook for Mac Features; Accessible To All Users in October