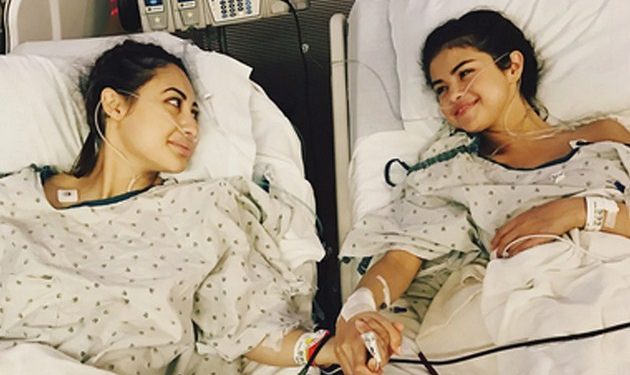 Francia Raisa has taken to Instagram and Twitter to reveal that the producers of the sitcom series “Saved by the Bell” have apologized for their distasteful joke that was aired during the 6th episode of the series. Raisa said that she appreciated the remorse behind the apology but was still worried that other donors or people who have had organs donated to them would still feel hurt by the distasteful joke.

The Grown-ish actress donated one of the kidneys for her friend Selena Gomez in 2017, a very sensitive issue that was then turned into a joke during the episode. Two of the characters in the series were involved in an argument about who had donated the kidney to Selena Gomez. One stated that it was Justin Bieber’s mother while the other stated that it must have been Demi Lovato.

Rightfully, Raisa had felt offended by the joke and took to social media platforms on Saturday to condemn the joke stating, that it was distasteful and that it belittles the good intention behind organ donation. As expected, the producers of the show came under heavy fire online but Raisa confirmed that they apologized, People reports.

“The producers, as well as some of the cast of the show, have personally apologized and the apology is appreciated,” Raisa started on one of her Instagram stories.

The actress continued that the producers need to address people who have donated their organs to others because they must have felt offended by the joke. She explained that it was not about her but about recognizing “the great role that donors play”.  She tagged NBC and Peacock in the post. The actress did a similar thing in a tweet.

She also addressed the issue of the painted wall in the same episode of the show. In one of the scenes, the wall had an inscription “Does Selena Gomez even have a kidney?” Raisa also appreciated the great sacrifice of donors in another tweet.

“You are courageous and your selfless service is of great value,” she wrote in the post.

UTV, Peacock, and the producers of the show apologized for the jokes on social media platforms stating that the intention behind the remarks was never to undermine the seriousness of Gomez’s health. They also announced that they have contacted her team and would make a donation to her charity, The Selena Gomez Fund for Lupus Research, at USC.

Selena Gomez who has not commented on the issue has had a lifelong battle with Lupus, a medical condition where the immune system attacks the organs in the body. In 2017, she needed to have a kidney transplant after her kidney failed and her friend donated one to her.