Meghan Markle Fashion Outfit Is Worth $382,300 in First Official Photo with Prince Harry in the US 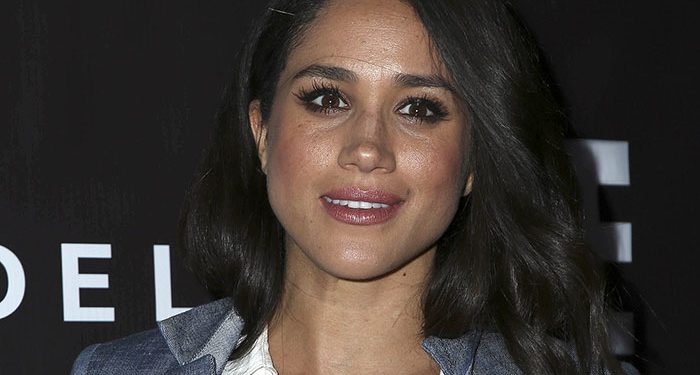 Prince Harry and Meghan Markle have shared their first official photo since they stepped down from royal obligations in the UK in March. The royal couple who now resides in a $14.7 million mansion in Montecito, California, released the black-and-white portrait ahead of a special edition of Time100 Talks they will be hosted virtually. The photo was taken by Los Angeles-based entertainment photographer Matt Sayles.

In the portrait, the total ensemble of fashion items worn by Markle is estimated at $382,300. The Duchess of Sussex wore a Cartier bracelet valued at $6,500 and a Cartier wristwatch costing $23,000 and formerly owned by Princess Diana, Prince Harry’s mom. Markle also wore her $350,000 diamond engagement ring, and her Alexander McQueen suit is put at $2,800, the same one she wore for her first evening function as a royal.

Prince Harry, the Duke of Sussex, on his part wore a simple dark suit and white shirt without any necktie. The prince sits on the armrest of a chair occupied by Markle, with his head tilted to one side to smile into the camera. The duchess rests her arm on his leg and laughs widely at something in front of her.

On October 20, the couple will feature in the Time100 Talk show in an episode titled “Engineering a Better World”. Other guests on the show include Reddit co-founder Alexis Ohanian, Rappler CEO Maria Ressa, and other big shots in the society. The event will be hosted virtually and from the duke and duchess’ California home where they have been having virtual talks since the coronavirus, pandemic restricted movement for many people.

The many virtual talks they have been having has been giving people a peek into how the royals’ house looks like. The house was listed as an “Italian villa” that could be rented for movie shots at $700 an hour before the Sussexes bought it for $14.7 million. Their Frogmore Cottage in the UK was renovated with $2.9 million taxpayers’ money, but they abandoned it and moved to the United States earlier this year. They have however stated that they will refund the $2.9 million used to renovate the cottage.