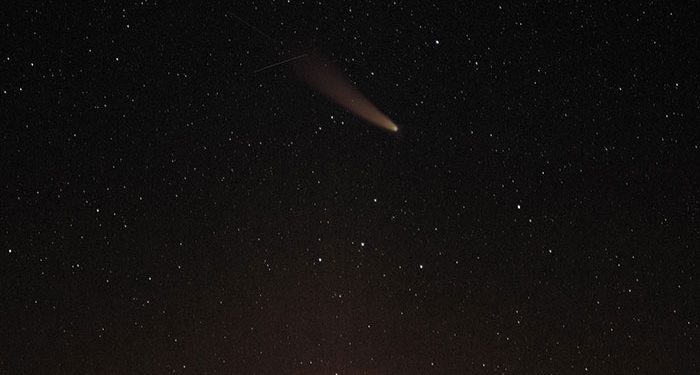 Neil deGrasse Tyson, astrophysicist, and director of the Hayden Planetarium warn about an asteroid hurtling towards Earth and which could hit our planet on November 2 – a day before the November 3 elections. The warning was made in one of Tyson’s Instagram posts.

The astrophysicist explained that the asteroid dubbed “Asteroid 2018VP1” is hurtling towards Earth at a speed of over 25,000 miles per hour. He however pointed out that the asteroid is just about the size of a refrigerator and will not damage the Earth or affect us in any way.

“It may buzz-cut Earth on November 2, the day before the Presidential Election,” Tyson stated.  “But it’s not big enough to do any damage, so if the world ends this year, it will be no fault of the Universe.”

The National Aeronautics and Space Administration (NASA) is monitoring the progress of the asteroid and is completely aware of its journey towards Earth. The administration posted on Twitter in August that Asteroid 2018VP1 is just about the size of a refrigerator at about 6.5 feet, and stated that it had only a 0.41% possibility of penetrating the Earth’s atmosphere.

NASA explained that the asteroid is not strong enough to withstand the pressure of the upper levels of the Earth’s atmosphere; as such, it would most likely fall apart even if it penetrates our atmosphere. The administration explained that we might get dust from the space rock but certainly nothing to worry about.

Humans are still discovering craters made by asteroids since millions of years ago. Craters are hollowed depression made by the impact of a meteorite, an explosion, or a volcanic activity. In 2018, a small asteroid named Asteroid 2018LA (ZLAF9B2) hit Earth in southern Africa. It is the last record of an asteroid hitting Earth. Asteroid 2018LA only measured 2-5 diameter.

Tyson and NASA have assured the public that the asteroid is not big enough to cause any disruption in the election process but it is an interesting thing to look forward to, especially with the tension coming from the November 3 election and the COVID-19 pandemic. The asteroid will come in contact with the Earth’s orbit just above the Pacific Ocean. The historic event might not be seen by Americans in person, but there will be pictures of the event on the internet.