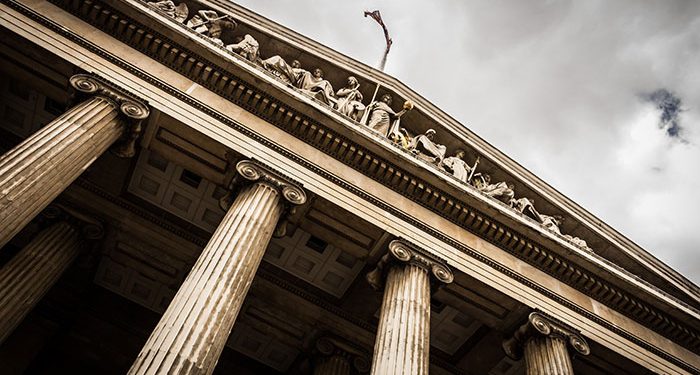 US District Judge Lewis Kaplan of the federal court in New York is considering the application of the Department of Justice (DOJ) to replace President Donald Trump in the rape and defamation case filed against the president by E. Jean Carroll, a former Elle magazine columnist.

Carroll filed a lawsuit against President Trump, alleging that he sexually molested her in the 1990s in a dressing room at Bergdorf Goodman. President Trump had vehemently denied the allegation of sexual misconduct, and Carroll had then sued him for defamation, saying the president’s denial damaged her reputation and career and holds her up for public ridicule.

“I’ll say it with great respect: No. 1, she’s not my type,” Trump stated in response to the allegation. “No. 2, it never happened. It never happened, OK?”

Carroll had initially filed the case at the state high court in New York, and Trump had challenged it, but a judge ruled that the president could answer for the case and Carroll’s lawyers moved to obtain the DNA sample of the president and have his deposition under oath. Seeing the direction the lawsuit was headed, the Justice Department stepped in to move the case to a federal court and applied to replace Trump as a defendant.

The case came up for hearing on Wednesday but could not proceed because DOJ lawyer Stephen Terrell filed a letter to the court an hour before the proceeding was scheduled to commence, saying he could not attend the court session since he just arrived from Virginia and needed to observe 14 days of quarantine.

The state of New York has placed several other states on its quarantine list because of the high level of coronavirus infection in those states, and anyone coming from those states must quarantine for 14 days before coming into New York. Virginia is one of those states.

Terrell wanted Judge Kaplan to postpone the case, but the judge declined and rather asked other DOJ lawyers who participated by phone if they would want to deliver their oral contentions by phone so that the judge could rule based on the written depositions that had been submitted by them earlier; or have another competent DOJ lawyer step in for the case.

DOJ lawyer William Lane chose for Judge Kaplan to rule by the initial written briefs submitted by the petitioner and the defendant, but Carroll’s lawyer Roberta Kaplan objected to this on the grounds that her client came over a long distance to attend the court session in person and nothing stops the defendant’s lawyers from being in court in person.

“In decades now of litigating in courtrooms throughout the country, I’ve never seen the Department of Justice declined to make an oral argument when all that is meant here would be having to argue by phone,” Roberta Kaplan stated.

Microsoft 365 Services Are Gradually Coming Back Online After Outage