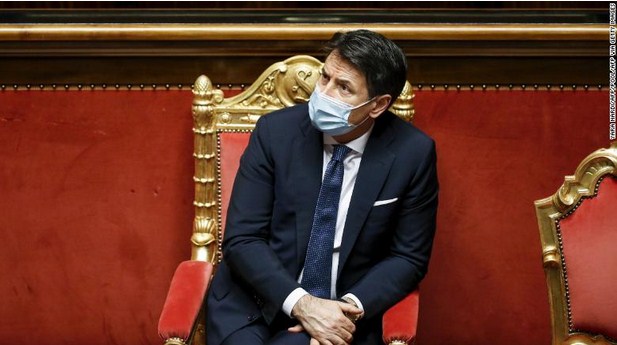 Italian Prime Minister Giuseppe Conte plans to tender his resignation on Tuesday, the report says. The PM will meet with members of his cabinet on Tuesday to briefly discuss his plans before meeting with the country’s President Sergio Mattarella. Conte’s impending resignation is coming after he got the vote of the country’s legislative arm to continue ruling last week.

The bicameral legislative arm had to vote last week after the country’s former PM, Matteo Renzi, removed his political party from the parties that form the country’s ruling government. The coalition used to be three parties until the withdrawal, leaving only the Five-Star Movement and Democrat Party to form the coalition. Conte’s 156-140 victory was not as big as expected and his majority is getting even thinner.

The strategy also needs the cooperation of the ex-prime minister to return his party to the ruling coalition, but the PM and top executives of the alliance said they wish to avoid working with the former PM again.

Analysts are not very hopeful about Conte’s chances, citing the division between the two parties forming the coalition and the alliance’s desire to cut down Conte’s influence in the country. The prime minister has been gaining and wielding more influence as a result of the coronavirus pandemic facing the world, the analysts added.

The PM became famous for the strategy he used to handle the first cases of infections amongst the residents of the country. Despite two months of complete lockdown, Italy was able to enforce the restrictions well. The government’s popularity is dwindling because it has failed to provide adequate financial aid to small businesses that had to close their shops during the lockdown. The government is also facing criticism for being unable to enforce other restrictions to curb the spread of the virus.

Renzi said the removal of his Italia Viva party was because of the disputes over the administration’s poor COVID-19 strategies and its plans for the pandemic’s aftermath. If the prime minister successfully gains more parties for a new coalition, it will be the third time he leads an administration in the country – the first time was three years ago.

Analysts project a fresh coalition led by Conte or another PM, but more analysts lean on the effectiveness of Conte considering other alternatives that are available in the country’s legislative arm.