ExxonMobil Is Laying Off 1,900 Workers in the US As Oil Prices Plummet 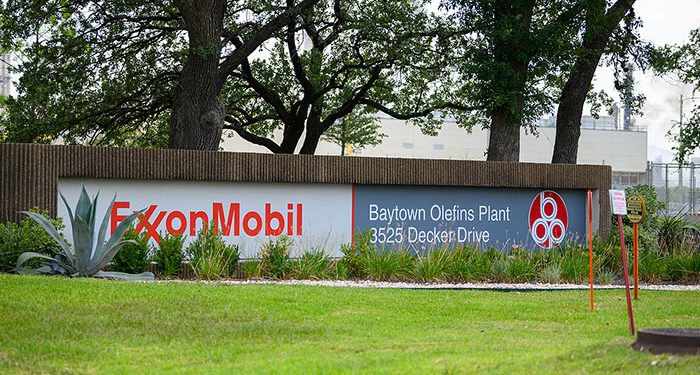 ExxonMobil is set to lay off 1,900 employees in the United States according to an announcement the company made on Thursday. Most of the job cuts will be directed at workers in the Houston headquarters of Exxon according to the company. The workers who will be laid off would be properly compensated, Exxon stated on Thursday.

According to Exxon, the job cuts were mandated by the plummeting oil prices which have been further worsened by the coronavirus pandemic.

By the end of 2022, Exxon plans to lay off over 14,000 of its employees, a figure that accounts for 15% of Exxon’s total workforce all over the world as at the last count of 88,000 in 2019. Exxon is not alone in job cuts, Chevron announced earlier that it would lay off about 600 workers of Noble Energy, which Chevron procured recently for $13 billion.

The announcements from Exxon and Chevron are coming after oil prices plummeted in the U.S staying low for four months in a row. On Thursday, a barrel of oil went for less than $35, CNN reports.

“These steps will help improve Exxon’s cost competitiveness and help manage the unusual market situations we are faced with,” Exxon announced in a statement.

With cheap oil filling the international oil market, companies like Exxon are being crushed. Exxon had once been worth $446 billion in 2014 but today, the company is worth less than the new video platform Zoom. Exxon has lost over $310 billion and is worth just $136 billion while Zoom is worth $140 billion.

To add to Exxon’s decline, it was removed from the Down Jones Industrial Average this August after almost fifty years of membership.

Exxon as well as over fossil fuel companies are suffering from more than just plummeting oil prices. Investors are looking into the benefits of clean energy and investing in solar and wind energy companies such as NextEra Energy. During the first week of October, NextEra Energy temporarily took Exxon’s position as the most valued energy company in America.

Exxon is having challenges paying dividends which the company has dutifully raised every year for 37 years. Exxon announced job cuts in Europe and Australia as well.

“Exxon’s announcement about laying off thousands of workers is an addition to the challenges that workers in the oil and gas industry have been facing since the beginning of the year,” said President Jeff Bush of CSI, a firm that recruits workers for oil and gas firm.

Exxon announced that the workers who will be affected will get severance and replacement assistance.

“We realize that laying off workers will affect the workers and their families, and we have set up programs that are products of an extensive and thoughtful deliberation,” Exxon stated.

So You Want A Killer Storefront Design