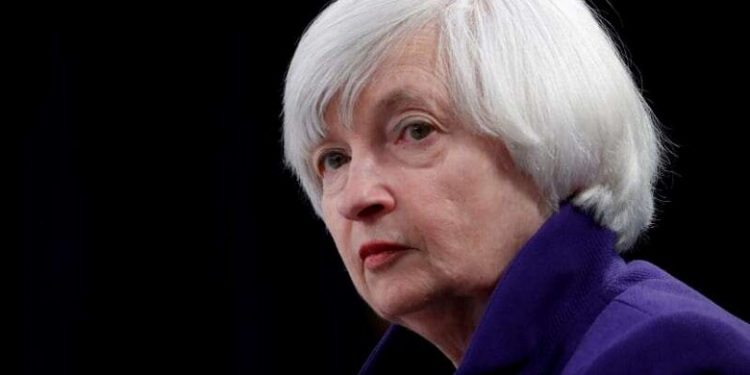 US Treasury Secretary Janet Yellen has requested an audience with key regulators occasioned by the market volatility brought about trading in GameStop’s stocks, among others. Yellen is scheduled to meet with all key regulators within the treasury department. Before taking this step, it can be confirmed that the secretary consulted with ethics lawyers, WSJ reports.

Yellen needed a waiver for this meeting to happen because she had already been paid a large sum as a speaking engagement fee by a key player in the whole fracas involving GameStop. According to an ethics official in the treasury department, Yellen cannot completely recuse herself from matters arising from market volatility.

According to the official, Yellen is the treasury secretary, and her official job description required that she be involved in a wide range of matters pertaining to these sectors. In documents sighted by media outlets, Yellen was paid a whopping sum of about $810,000 by Citadel hedge fund managers. This fee was for three speaking events that took place in 2019 and last year.

The reports say Citadel had invested about $2 billion into Melvin Capital Management, a subsidiary firm that lost huge amounts in the GameStop saga started by small-time retail investors. Last week, GameStop’s stock price reached an all-time high of $483 in a battle of wits waged by these small investors. However, the company’s stock crashed to $90 at the end of trading on Tuesday.

According to a source familiar with the matter, Yellen is set to meet with these regulators as early as Wednesday.

A spokesperson in the Treasury Department, Alexandra LaManna, said Yellen was seeking to protect the integrity of the market in the light of recent events in the market that has resulted in its volatility. She noted that the treasury secretary has the mandate to ensure that events that have taken place are in line with fair markets and that investors’ interests are adequately protected.

The SEC had warned that the sudden surge in stock price had the ability to cause severe losses for investors and make investors lose confidence in the market.

When inquiries were sent in considering the scheduled meeting with the treasury secretary, the Federal Reserve, SEC, and other concerned key regulators refused to respond to the queries. The trajectory for the current fiasco was set in motion late week when retail investors on Reddit called on others to bid for the shares of some selected companies to initiate losses for hedge funds whose bets were placed on the prices of stocks of these companies falling.