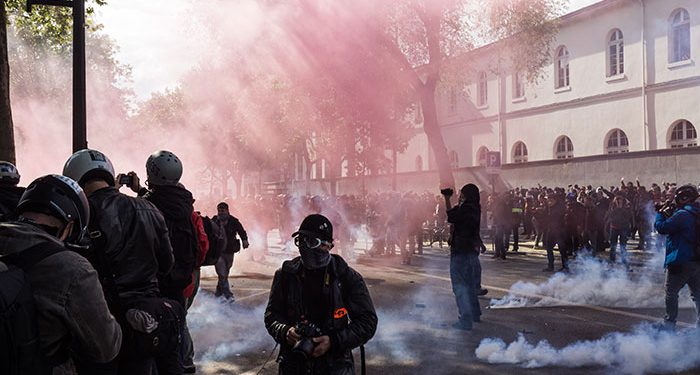 On Wednesday, 10th November 2020, an explosion rocked the Armistice Day, an international ceremony commemorating the end of World War I, at a cemetery in the Saudi Arabian city of Jiddah. According to the French Foreign Ministry, several people were injured.

“This morning, at the Jiddah Cemetery, a ceremony commemorating the end of World War I was the target of an improvised explosive device attack,” the French Embassy in Saudia Arabia said. “The Embassies of France, Greece, Italy, the United Kingdom, and the United States, which were associated with this commemoration, strongly condemn this cowardly attack.”

The 102nd anniversary marking the end of World War 1 was celebrated on Wednesday. Armistice Day is commemorated in several European countries. France, Greece, Italy, the United Kingdom, the United States, and several other countries had representatives at the ceremony held at a cemetery for non-Muslim dead. According to the French Foreign Ministry officials, the identities of the victims of the explosion were unclear.

The attack on Wednesday is a sequel to a stabbing incident on 29th October, where a Saudi man stabbed a guard at the French Consulate in the city of Jiddah. The details of the ugly incident are still obscure, but it came on the back of France’s passionate recommitment on defending caricatures of the Prophet Muhammad.

This position triggered protests and boycotts across Muslim regions. The culprit was arrested; however, his motives are still unknown. Emmanuel Macron, the President of France, openly declared his support for caricatures as a bedrock for free speech; sadly, that assertion has aggravated some Muslims who considered it a form of hate speech.

France has enjoined the French in Saudi Arabia and other Muslim-majority countries to be at alert following the increased tensions after an assailant beheaded a French middle school teacher who showed caricatures of the Prophet Muhammad in class. However, the Saudi kingdom expressed its solidarity with France and condemned the recent attacks on French soil.

Saudi Arabia has over the years, been a target of terrorist organizations, like al-Qaeda, which executed several attacks since 2003. The attacks have been targeted at Saudi Arabia’s Shiite minority, Westerners in the kingdom, government facilities, and many others. “Such attacks on innocent people are shameful and entirely without justification,” said the French Embassy’s statement in Riyadh. He, however, declined to give an opinion on the attack on Wednesday.