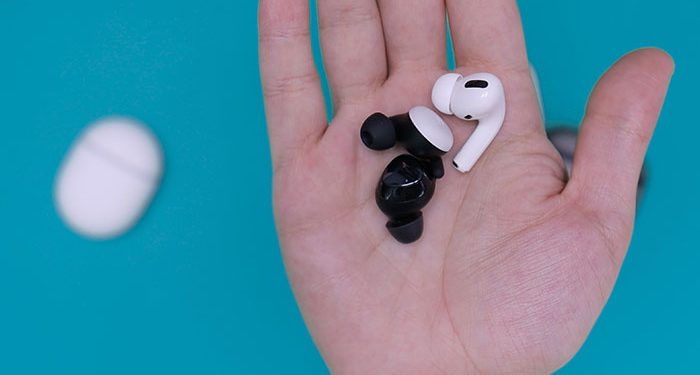 The US Customs and Border Protection Agency (CBP) has seized the shipment of genuine OnePlus buds after mistaking them for counterfeit AirPods. The agency even celebrated the error on social media and also praised the vigilance of its officers after putting the market value of the OnePlus-mistaken-for-AirPods at $398,000.

The problem however is that they were not fake AirPods but original OnePlus buds with a real market value of $158,000.

“On August 31, CBP officers seized 2,000 counterfeit Apple Airpods earbuds from Hong Kong destined for Nevada at an air cargo facility located at John F. Kennedy International Airport,” CBP wrote of the incident. “If the merchandise were genuine, the manufacturer’s suggested retail price would have been $398,000. CBP officers are protecting the American public from various dangers on a daily basis…the interception of these counterfeit earbuds is a direct reflection of the vigilance and commitment to mission success by our CBP officers daily.”

While many people across the US have mocked the CBP for the honest mistake, OnePlus responded to the drama by simply tweeting to border officials to “Hey, give those back!”

One thing people can’t wrap their heads around is why custom officials would misidentify OnePlus earbuds for AirPods earbuds given that both products have been on sale in the US for many months, and the package was appropriately labeled as OnePlus with accompanying logo and necessary certifications.

According to tech analysts, the confusion may arise from the identical form of both competing products. And this underscores the importance of having original product designs that are different from those of competitors already in the market. Another factor that may have contributed to the error is the fact that the American products were manufactured in Hong Kong and shipped back to the US for sales.

People with Blood Type O May Be At Less Risk from COVID-19, New Studies Say