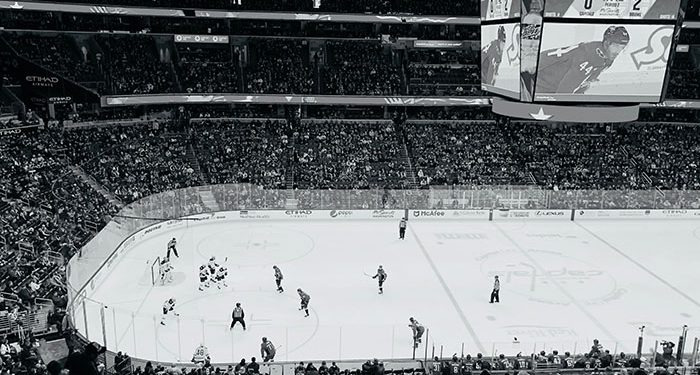 In a new report by the CDC, it said that more than a dozen people were infected with the coronavirus after a hockey game in Tampa, Florida, on June 16.  The CDC indicated that these cases did not lead to any death or the need for admitting the patients at any medical facility. This new study by the CDC is a newly documented case of a sporting event leading to the spread of the coronavirus disease.

However, the study did not indicate where this event took place or where it happened precisely. It only noted that it occurred in the Tampa area and that it was an indoor event that took place in an enclosed setting.

The participants at this indoor event totaled 22 people, made up of two referees, a spectator, an employee of the sporting facility, and the players themselves. They were aged between 19-53 years.

A few days after the game, health officials learned that one of the players complained of COVID-19 related symptoms such as sore throat, fever, cough, and headache. This particular individual was suspected of spreading the infection to others, so he was ruled as the index case, CNN reports.

A few days later, the eight teammates of the index case come down with the COVID-19. The other five players of the opposing teams were not spared either, as they tested positive for the virus. It was believed they all contracted the disease from the index patient who presented with no sign of being infected just before the game took place.

After investigations by the authorities, they found out that the players did not wear masks when they were in the locker rooms or during the game proper, which played a huge role in spreading the disease.

This particular game took place at a time when Florida was hit with the worst case of the coronavirus outbreak.

Gov. Ron Desantis of Florida and his compatriot in the White House, President Donald Trump, have been heavily criticized since the pandemic began for their comments and actions, which have often downplayed safety protocols such as putting on masks. Instead, the governor has promoted ideas like “herd immunity,” which scientists have debunked on numerous occasions.

In Florida alone, the coronavirus disease has killed nearly 16,000 people. During the summer, the number of cases grew at an exponential rate. This is in stark contrast to the comments by the Florida Gov, wherein he suggested he had defeated the virus in the state.

The CDC linked the lack of wearing of masks by everyone involved in the hockey game as hastening the spread of the virus. The condition of the hockey rink being an indoor environment where heavy breathing occurs provided the atmosphere for a high viral transmission rate.

The CDC, therefore, cited the hockey game as a spreader event, and the index case, a super-spreader.  Since about 14 people were infected through that game, they both qualified as one. Researchers have estimated that 20% of such super-spreaders have contributed to 80% of the cases since the pandemic began.

Another recent event that qualified as a super spreader event was the White House Rose Garden ceremony for the nomination of President Trump’s candidate, Amy Coney Barrett, to the Supreme Court. After that event, about a dozen people ended up being tested positive for the coronavirus, including President Trump himself.

Lawmakers Applaud the DOJ for Antitrust Lawsuit against Google, Call the Suit Overdue