Bloomberg Under Probe After Paying Fines For 32,000 Convicted Felons 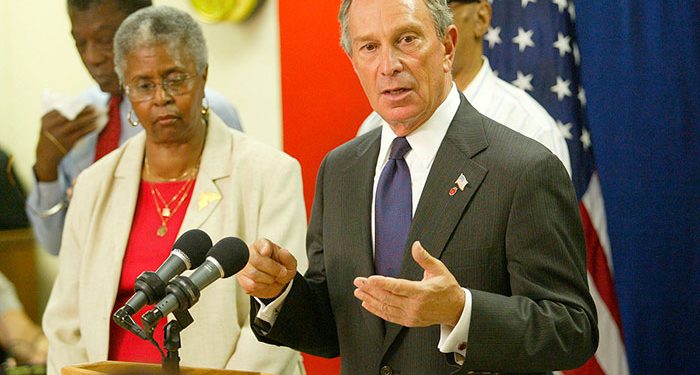 A member of the House Committee on the Judiciary, Matt Gaetz, has called for an investigation into allegations of bribery against Michael Bloomberg, former New York City Mayor.

Bloomberg had reportedly raised over $16 million to help convicted felons pay their fines so that they could vote. According to estimations by the Florida Rights Restoration Coalition, a nonprofit run by formerly convicted persons, Bloomberg’s fundraising campaign had raised and paid the fines for about 32,000 felons.

However, speaking on Tuesday with Fox News host Sean Hannity, Gaetz revealed that he had already spoken with Florida Attorney General Ashley Moody about the possibility of launching an investigation into the former candidate of the Democratic presidential primaries.

“I believe there may be a criminal investigation already underway of the Bloomberg-connected activities in Florida,” he told the TV host. In his tweet, Gaetz said this is one amongst several steps that law enforcement agencies all over the country should be taking in order to prevent possible cheating machinery that the Democrats could implement in the forthcoming presidential election.

Speaking in favor of the steps that Michael Bloomberg has taken to ensure that disenfranchised felons are granted their rights to vote, a spokesperson for Bloomberg said that the right to vote is fundamental to the democracy of the United States and that no American, convicted or not, should be denied these rights. He stated that Bloomberg is working alongside the Florida Rights Restoration Coalition to “end disfranchisement and the discrimination that has driven it.”

It can be recalled that in 2018, Florida passed a law restoring the voting rights of felons, which included a clause stating that they could only register to vote after they must have paid all fines, fees, restitution, and other obligations that they owe to the state. Most times, these obligations can total over a thousand dollars. Only last week, in affirming its support for the new law, the 11th US Circuit Court of Appeals, covering Florida, ruled in favor of the law.

However, Gaetz is having none of that, as he quotes from a section of Florida law which frowns against vote inducements, making the offense a third-degree felony.

In a Bloomberg memo first published by the Washington Post, it indicated the need to add and swing more votes for Joe Biden. It identified Florida as having more black votes that could extend the Democratic Party vote bloc.

Gaetz may not be looking at the clearly expressed intentions of the Bloomberg’s fundraising campaign for convicted felons but may be relying on the fact that Bloomberg raised these funds intending to get felons to vote for Biden, which in itself constitutes electoral malpractice and a gross violation of Florida’s laws on elections.

How To Get A Home Loan With A 600 Credit Score