US, Australia, UK, and Canada Condemn Arrest of 55 Activists in Hong Kong 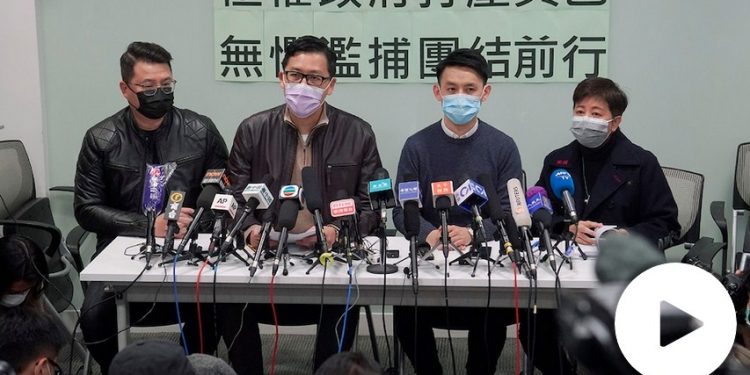 The foreign ministers of four countries – the United States, United Kingdom, Canada, and Australia, issued a joint statement to condemn Beijing for the arrest of 55 democracy activists and supporters. The statement condemned the Chinese government for arresting the Hong Kong activists en masse last week, the largest of its kind since the adoption of the national security law.

The security law was imposed by mainland China, last year, on the semi-autonomous region, robbing its citizens of the freedom that the UK promised to them in 1997. 52 of the arrested activist have since been released, but no charges have been made against them, according to reports.

“It is obvious that the National Security Law was created to stop the activities of anyone who wishes to oppose the city’s stringent political views,” the ministers said on Sunday.

When the law was made, the two governments said the law was made to bring back orderliness in the city after the 2019 protests which lasted almost all year long. The protesters which often resorted to violence were demanding a more defined democracy in the city.

“We are horrified by the comments that some foreign government representatives made concerning the arrests,” the Hong Kong government responded. “Their statement seems to imply that the law should not be applied to certain people based on their political affiliation and beliefs.”

Most of the activists and supporters that were arrested last week were present in an unsanctioned primary election for a legislative post. Hong Kong authorities accused the participants of the primary election of trying to seize control of the legislature so that they can incapacitate the government and compel the leader of Hong Kong to leave the office. The election has also been postponed, AP News reports.

If the activists are convicted, they might be disqualified from holding any public office, according to reports.

The four ministers stated that the city should include candidates from different political affiliations in its next legislative election. They added that Hong Kong should learn to respect the legal rights and liberties of the residents of the city to demand their rights without fear of prosecution. Marise Payne, Franois-Philippe Champagne, Dominic Raab, and Mike Pompeo signed the statement representing Australia, Canada, the UK, and the US, respectively.

US Secretary of State, Mike Pompeo, gave a separate announcement on Saturday, stating that the US will end its years of restrictions against Taiwan, an autonomous Island that China wants to be in charge of. Experts say that China will be affronted by the move as it hates such actions which it views as interference of foreign countries in its affairs.