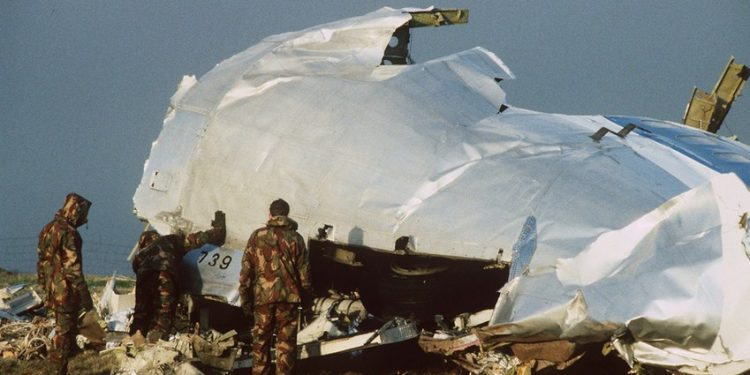 United States Attorney General, William Barr, announced the charges against Abu Agila Masud for his alleged involvement in the bombing of Pan Am Flight 103 in 1988. The plane was en route to the United States from the United Kingdom when it went down in Lockerbie, Scotland after it was bombed.

A total of 270 people died in the bombing; 259 people were aboard, including 16 crew members. Eleven people also died after some parts of the plane struck a residential area in Scotland. Of the 270 casualties, 190 were Americans.

Masud is being charged for making the bomb that took the plane down and giving it to Abdel Basset al-Megrahi. Al-Megrahi was sentenced to life imprisonment in 2001 after he was found guilty of 270 counts of homicide. He was released in 2009, on compassionate grounds, following a cancer diagnosis. He died three years after he was released. Apart from al-Megrahi, no other person has been charged for the bombing, until Barr announced Masud’s charges on the 32nd anniversary of the incident.

“There should be no misconception about our relentless pursuit of justice,” Barr said to reporters. “Regardless of time or distance, the United States shall not relent in its cause.”

The attorney general also appreciated the efforts and cooperation of Scottish authorities as well as the present Libyan administration in bringing justice to the families of those who were killed in the bombing, the CNN reports.

According to Mohammed Ali Abdallah, who acts as an advisor to the current administration in Libya, Masud was a hitman for former Libyan President Muammar Gaddafi. Abdallah told reporters that he is quite optimistic that Masud will be extradited to the United States to answer to the charges. He described Masud as an “evil man” who had been Gaddafi’s pick for all sorts of crimes involving timed bombings.

“Masud was involved in many bombing like that of the Lockerbie incident, so nothing would surprise him about his evil deeds,” Abdallah told reporters.

One of the top officials in the country recently told reporters that Masud was arrested in 2012 and is still in the custody of local law enforcement agencies. The official said that Masud has been found guilty of many inhuman crimes involving explosive materials and that all the bombings that Masud committed were ordered by Gaddafi.

The official also revealed that it is very possible that Masud would be extradited from the Tripoli prison where he is currently being held to face the charges against him in the United States. Abdallah stated that Libya will begin Masud’s extradition process, as soon as it receives “good commitment” from the United States

One other suspect was charged with al-Megrahi in connection with the bombing, but he was not found guilty.