Sarah Sanders is Set to Announce her Gubernatorial Bid for Arkansas 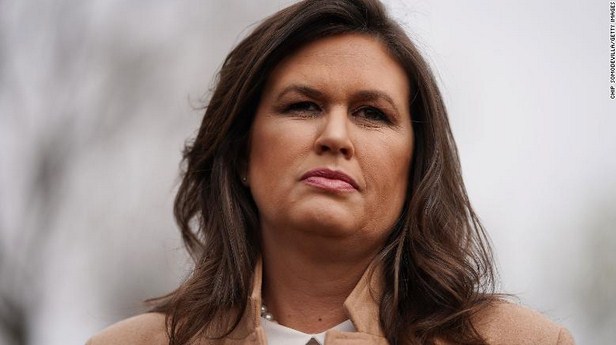 Sarah Huckabee Sanders, daughter of Mike Huckabee, the Republican governor of Arkansas from 1996 to 2006, is about to announce her bid for the gubernatorial seat of Arkansas in the election which will be coming up next year. According to reports, she will make her plans publicly known on Monday. Asa Hutchinson, the current governor of the state who is also a Republican will not be bidding in the 2022 election since she has used up her terms.

Sanders was one of the White House communication team officials under former President Donald Trump, a role that brought her fame for her contrasting relationship with reporters. Sanders befriended many reporters in private, but in public, she was quite hostile towards them. She first served as the deputy White House press secretary, but she became the press secretary in July 2017, after the then press secretary, Sean Spicer, resigned from the position.

She left after two years when she assumed the position, and her successor, Stephanie Grisham, occupied the position for just 10 months, during which she did not hold any press briefing. Sanders was very happy about her time with Trump, calling it the “opportunity of a lifetime.” In 2019, when she left the White House, Trump announced in a tweet that he hoped Sanders would run for the office of governor in Arkansas.

“After spending almost 4 years with us, our amazing press secretary is going back home to Arkansas,” Trump wrote on Twitter. “Her work with us has been exceptional, and I hope she chooses to run for Governor of Arkansas because she would do a brilliant job.”

In the same tweet, Trump showered more praises on Sanders, who was a constant figure at the former president’s rallies. Sanders remained a constant guest at the rallies even after she stopped working at the White House.

After she left the White House, Sanders published a book that is now a bestseller. In the book titled “Speaking for Myself: Faith, Freedom, and the Fight for Our Lives Inside the Trump White House,” Sanders details how she was able to cope in the White House as a mother and press secretary of the United States, the first of such in the position.

During one of her press briefings, she stated that it was an honor for her to work as the press secretary while also taking care of her family. Sanders described the position as being hooked somewhere in the middle of a raging war between Trump and reporters. She will be joining Lieutenant Governor Tim Griffin and state Attorney General Leslie Rutledge for the Republican primaries race for the gubernatorial seat.