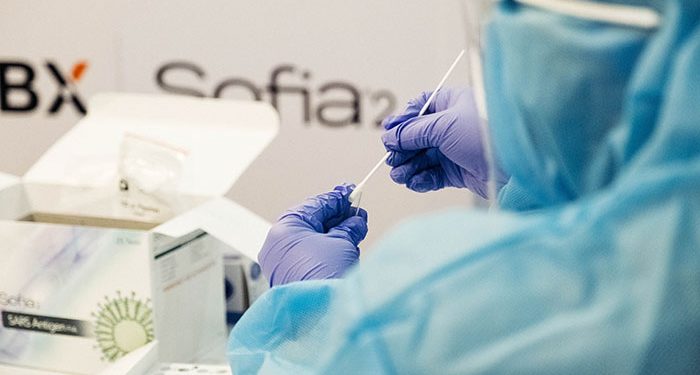 At least six top aides at the White House, including President Donald Trump’s chief of staff, Mark Meadow, have tested positive for coronavirus, raising renewed fears of another round of outbreak in the White House as cases in the country reach an all-time high, USA Today reports.

Meadows, who is known for often downplaying the threat of the coronavirus infection and generally disregarding pandemic safety protocols, told fellow White House advisers that he had come down with the virus on Wednesday, according to a senior official with the Trump administration.

This new wave of infections comes amidst the recent loss of President Trump at the polls. Officials at the White House, who are angered at how things have played out so far, have filtered out details of the latest developments to the press, despite official warnings not to do so. Meadow himself had tried to keep news of an outbreak within Vice President Mike Pence’s team from reaching the public several weeks back, NY Times writes.

The new outbreak within the White House has confirmed fears by public health experts who warned of recent spates of the disease within the presidency if official safety guidelines and measures are disregarded by top aides and influential members of the administration. Trump, who also contracted the virus in September, said he did not need to wear masks or maintain social distancing because he was regularly tested. His chief of staff also echoed the same sentiments.

Tom Frieden, former director of the Centers for Disease Control and Prevention under the Barack Obama administration, faulted the lone testing strategy that has been adopted by many administration officials in place of other safety measures. He said the new wave of infections show that testing alone cannot get the job done.

The new cases of the coronavirus in the White House have followed the same pattern of widespread surge across the United States, with daily cases averaging more than 100,000 a day in the week gone by. On Friday, a new record was set, with more than 132,700 cases in a single day.

As of Saturday, the official tally pegged as 9,830,800 the total number of people affected so far by the coronavirus infection in the United States. The number of deaths was more than 236,500.

Meadows is only the latest casualty in a long line of officials of the Trump administration who had within weeks to the election, tested positive for COVID-19. First lady Melania Trump, more than twelve aides to the president, five aides to the VP Pence, including his chief of staff, Marc Short. White House correspondents were not excluded. Rep. Matt Gaetz (Rep. Fla), and a top ally of the president, also contracted the virus recently.

In the days leading to the election, Meadow said the government might not be able to control the pandemic. This comment drew a lot of criticisms, especially from the figures in the Democratic Party who lamented Trump’s abysmal handling of the pandemic.

The chief of staff has played a prominent role in the administration during the pandemic. He was amongst officials that made a case for the reopening of the economy even when cases surged across the nation.

It is unclear whether efforts are being made by the White House to track the coterie of aides and people the chief of staff may have come in contact with, especially during Election Day and afterward.