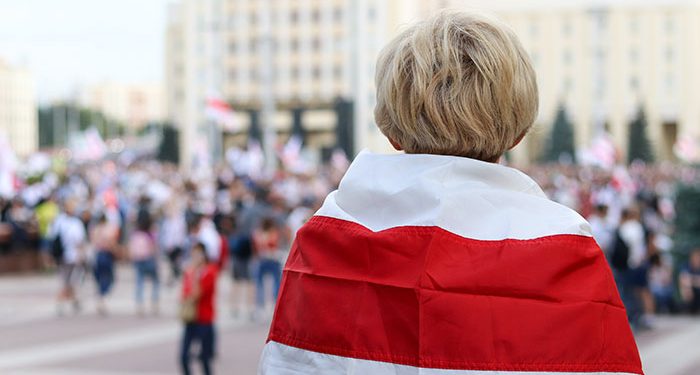 Police have arrested protesters on Sunday in Minsk, the capital city of Belarus. The protesters who are calling for the resignation of the country’s president over his authoritarian leadership style have been demonstrating non-stop for the past 90 days, the Guardian reports.

Human rights activists revealed that the police arrested hundreds of persons as demonstrators in their thousands attempted to penetrate the city center from different angles. In a bid to deter the protesters’ move, the police sealed off the city center using armored tanks and groups of riot officers.

Reports by the Belarusian Association of Journalists showed that police arrested about nine journalists, while Viasna, a human rights organization, confirmed that 548 protesters have been detained. Among the arrested persons was a top model and former Miss Belarus, Olga Khizhinkova.

The protests, which happen to be the largest so far in the history of Belarus, started after the current president, Alexander Lukashenko, was announced as the winner of the presidential election of August 9. The result, which will enable Lukashenko to continue for the sixth time as president, was rejected by the opposition who claimed the election results had been manipulated.

President Alexander Lukashenko first became president of Belarus in 1994. Since then, he had ruled the nation while suppressing independent news media and the opposition. He alleges that the current protests were incited by western countries and has refused negotiations with the opposition.

The leading opposition candidate of the presidential election of August 9, Sviatlana Tsikhanouskaya, had earlier fled to Lithuania due to pressure from the government after the elections. She is hoping the United States government under the leadership of the president-elect, Joe Biden would intervene in the crisis.

Urging demonstrators not to relent in the ongoing protests, she said, “Joe Biden has spoken out more than once and taken a firm position of support for the Belarusian people. We have stood against lawlessness and violence for 90 days already. In these 90 days, Belarusians made the regime understand that they have lost legitimacy and authority”.

According to Yulia Chernyavskaya, one of the country’s cultural anthropologist, “We were brought up on endless films and books about fighting the fascists, and then, when you look at the uniforms, the style, the methods used by the authorities, it’s not hard to see why these memories resonated.”