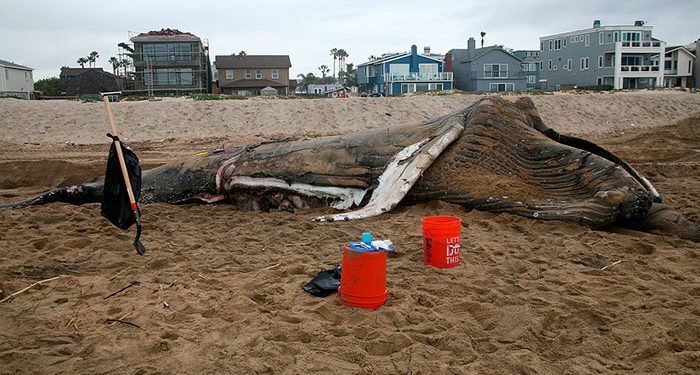 Parks and wildlife authorities have begun to dispose of the carcasses of hundreds of pilot whales that beached on the shores of Tasmania town in Australia. Marine and wildlife officials found on Monday that 470 whales had beached without any justifiable cause, with many of them already dead.

About 200 stranded pilot whales were first found but an aerial reconnaissance with a helicopter yielded 270 other beached whales along the shores of Macquarie Harbor. The authorities launched an aggressive effort to save many of the surviving whales and return them to sea but some still landed on the shores after returning them. Eventually, officials said they were able to rescue 108 whales and successfully return them to sea.

With rescue efforts now ended and most of the whales dead, officials have begun the process of disposing of them so that the harbor and surrounding shores may be cleaned up. The remains of the dead animals are being kept in water booms before being returned to the seas where they will be inaccessible to sharks and other marine predators.

“Collection and disposal are being undertaken with the assistance of aquaculture companies whose equipment and expertise on the harbor is essential for a timely and effective outcome,” Rob Buck, wildlife manager, said.

Researchers do not understand why whales breach, but unless stranded whales are returned to sea, they soon die within a couple of days when they begin to experience organ failure. Being a highly social animal, officials said whales often follow a leader who may get them missing on the wrong path. They said the remaining whales in the waters will bounce back and their population regrows within a few years.

NASA Announces Mars Digger is Finished, Two Years after it Arrived at Mars