Ivanka Trump appears before Investigators for Deposition over Funds Misappropriation 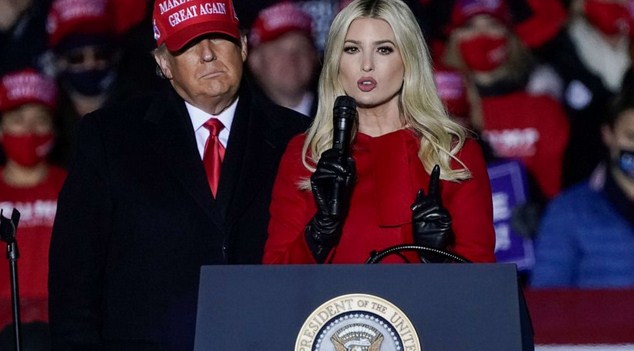 As part of a lawsuit investigating the misappropriation of funds for the inauguration of President Donald Trump in 2017, Ivanka Trump appeared before investigators on Tuesday for her deposition.

The DC attorney general’s office had accused the inaugural committee and the Trump Organization of the misappropriation of funds to the tune of $1 million. According to the AG’s office, both parties had overpaid for event space at the Trump International Hotel in Washington. In January, a formal lawsuit was launched in this regard.

Several witnesses had undergone depositions for weeks now. Tom Barrack, the head of the inaugural committee, had his turn on November 17, as court records showed. Ivanka Trump, daughter and adviser to the President, First Lady Melania Trump, Barrack, and Rick Gates, deputy to Barrack on the committee had their records subpoenaed by the AG’s office.

Alan Garten, a lawyer for the Trump Organization said the role of Ms. Trump was only to link the Trump hotel and the organizers for the inaugural committee while asking the hotel to charge the usual going rate for its services – an instruction the hotel simply adhered to, ABC News reports.

The lawsuit asserted that Gate oversaw the negotiations with the Trump hotel concerning using its event space. The lawsuit also claimed that Gates had written to Ms. Trump in 2016 expressing deep reservations about paying such an exorbitant rate for the use of the event space. Gates was particularly worried that the media would make such a fuss about it if the story leaked.

However, Gates finally negotiated with the hotel management to pay $175,000 a day to use the event space for four days. The lawsuit said the event organizer for the committee, Stephanie Winston Wolkoff had opposed the deal, saying the fees were abnormally high – at least twice the going rate at that time. Wolkoff had been a close associate to the first lady.

When she physically met with President Trump and Ms. Trump, Wolkoff also expressed concern at the fees, according to DC Attorney General Karl Racine. Despite Wolkoff’s reservations, the committee went ahead with the offer.

3 Simple Confidence Hacks You Can Try