Hillary Clinton Backs Dillon After Backlash Over Her Swearing Comments 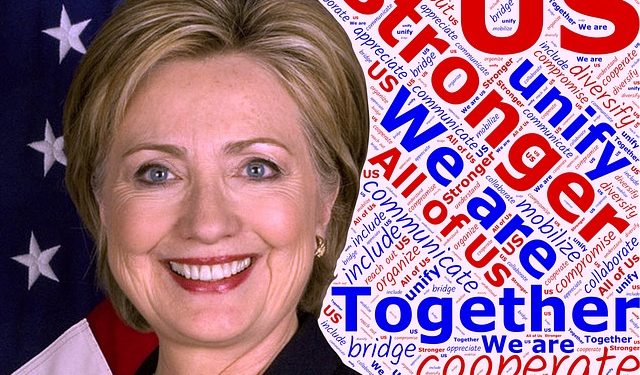 Hillary Clinton took sides with the campaign manager of President-elect Joe Biden, who is also his incoming Deputy Chief of Staff, Jennifer O’Malley Dillon, over her choice of words. Dillon had used the F-word on Republicans, calling them a bunch of f***ers, Fox News reports.

The former Secretary of State said it was surprising that many people who supported President Donald Trump and his antics during the four years that he held sway are provoked by the choice of words of a Democrat.

It was the publication of Glamour magazine that led to the backlash on Dillon. In an interview that the campaign manager had with the magazine, she had attacked Senate Majority Leader Mitch McConnell, calling him a terrible person. She also lashed out at the Republicans in Congress, calling them a bunch of f***ers.

In the interview, she eulogized her boss Biden, describing him as a man that united everyone across political affiliations. Dillon was reacting to a reporter who questioned Biden’s ability to work with the Republicans. She said Biden’s sense of unity enabled him to work with everyone across the board, including McConnell. She noted that Biden had always called for the coming together of everyone to ensure a stronger country.

However, it is not only supporters of Trump that are offended by the comments of Dillon – some Democrats were too. Most especially donors who contributed to Biden’s campaign coffers. They have since asked Dillon to apologize to the President-elect for misrepresenting him, and also to Republicans in Congress, the Hill writes.

One of Biden’s campaign donors said Dillon’s comments were unacceptable to those of them that took Biden’s call for a return to civility at heart. Biden, in his acceptance speech right after the election, had pledged to unify the country, notwithstanding party affiliations. He promised that there would be no division of the country into blue or red states during his administration.

Biden had addressed Trump’s supporters directly, asking that they come together to make progress and stop treating each other as enemies. He concluded that everyone was an American, no matter what party they supported.

However, another Biden’s official supported Dillon, saying she stated the facts just as they were. While admitting that Dillon should have toned down on her use of strong adjectives, he praised her bluntness and authenticity.

Kate Bedingfield, Biden’s communication director, also offered veiled support for Dillon, saying that the point that the deputy chief of staff was trying to espouse was that unity and healing were possible after the tensed election.

Dillon is touted as the first woman to handle a successful campaign for a Democratic presidential nominee. Biden’s campaign was initially faltering before she took over. Greg Schultz, who was Biden’s former campaign manager, was subsequently replaced, allowing Dillon to come on board in April to turn things around. She’s a campaign veteran, having worked with Al Gore, President Barack Obama, and Beto O’Rourke.