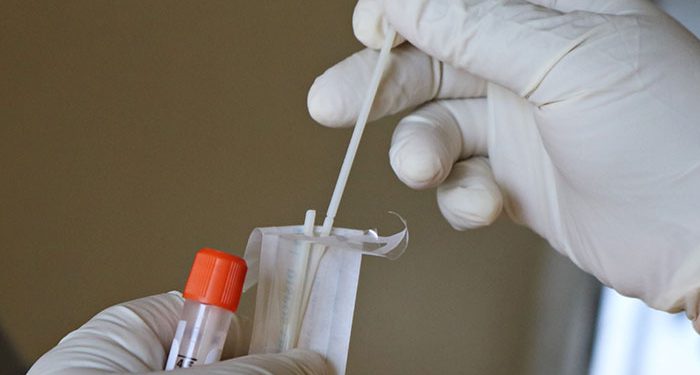 Missouri Governor Mike Parson and his wife Teresa Parson have tested positive for COVID-19. The state officials add to the over 200,000 people who have tested positive to the pandemic since it hit the United States early this year. The announcement was made by state health officials on Wednesday. The First Lady took a rapid test and a swab test for coronavirus after she showed signs of mild allergy.

Missouri has recorded over 116,000 cases of coronavirus and a death toll of 2,000 people. The state recorded her highest death toll with 83 deaths on Wednesday since the beginning of the pandemic. Governor Parson encourages people to wear masks and obey all COVID-19 protocols but is against the mask mandate being adopted in states. He has been quoted telling the people of Missouri to wear masks if only they think it is necessary.

The Republican governor has not shown any symptoms of COVID-19 and has assured the public that he is doing fine despite the positive result.

“I want to inform everyone that the First Lady and I are doing fine,” he tweeted shortly after the announcement was made.

When asked about his stand on face mask mandate following his positive result, Parson stated that local officials will be responsible for deciding on whether to enforce it or to maintain the status quo. The governor was confirmed positive for coronavirus when he took a nasal swab test after his wife was confirmed positive.

Prior to the announcement the governor and his wife attended different events and mingled with some officials of the state. On Monday, he went to Kansas City for the signing of House Bill 66. On Tuesday, he and his wife attended the Payne’s Valley Cup. He also shared the information about their visit to the golf course on his Twitter account on Tuesday.

Parson also attended an event in Springfield on Friday where he took pictures with state officials. He was photographed with Lieutenant Governor Mike Kehoe whose office has since announced that he has taken a test and has been confirmed negative. The governor was also pictured with Treasurer Scott Fitzpatrick, Senator of State Jay Ashcroft, and Attorney General Eric Schmitt. A spokesman for the attorney general has confirmed that he has also taken a rapid test and is confirmed negative.

Gov. Parson is the third governor to announce testing positive for COVID-19 after Gov. Kevin Stiff of Oklahoma and Gov. Mike Dewine of Ohio’s false-positive test.  The Governor’s Office has announced that following the positive confirmation, all state events have been canceled and all members of staff are being tested.

Missouri Health Director, Dr. Randall Williams, has announced that all safety protocols have been put in place. The Teresa Parson is isolating in the family’s home in Bolivar while Parson has chosen to remain in the Governor’s mansion so as to continue his executive duties. Williams said the Parsons’ close contacts are being traced and tested for COVID-19. He believes the number of people that came in close contact with the couple may not be as many as expected.

Nicole Galloway, the state auditor and the Democrat nominee for Missouri gubernatorial elections in November commented on the development. She will be contesting against Gov. Parson in the elections.

“I wish the governor and the First Lady a safe and full recovery,” Galloway said. “Their positive result is a clear reminder that anyone, anywhere, anytime can contract the disease. It is necessary that we continue to follow all guidelines and protocols to protect ourselves and our family members.”

Another Restaurant Chain, Friendly’s, Files for Bankruptcy Due to the Pandemic