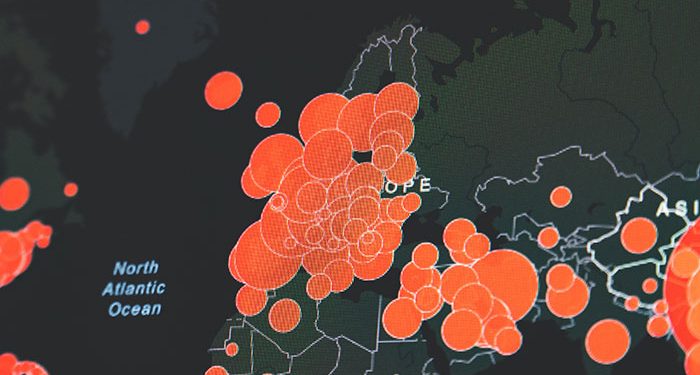 German and French authorities have imposed a new restriction on nationals in response to the fresh wave of COVID-19 raging all over Europe. German Chancellor Angela Merkel announced on Wednesday that the country is imposing a lockdown on restaurants, cinemas, bars, theaters, and other establishments for four weeks, Washington Post reports.

The restriction on these businesses will commence on Monday, November 2. Merkel explained that the country’s ICUs have recorded a 100% increase in the number of COVID-19 patients, and expressed fear that at this rate, hospitals around Germany might start rejecting patients.

“The measures are strict but necessary if we wish to prevent a serious national medical emergency,” Merkel stated. “We might be thinking we can handle the increasing cases now, but if we fail to impose these restrictions, our health care system will soon reach its maximum capacity.”

The chancellor also announced that establishments such as shops, daycare centers, and schools will not be affected by the new restrictions but that the numbers of students and shoppers will be drastically reduced. Restaurants will also be limited to take-out services only. She urged residents of the country to avoid unimportant travels.

According to the country’s disease control agency, Germany recorded 14,964 cases on Wednesday. Throughout the week, Germany has been having a daily average of 11,000 new cases of COVID-19, that’s over 61% higher than the cases Germany recorded a week ago, according to reports from Johns Hopkins University.

Olaf Scholz, the minister of finance in Germany, responded to fears that the increase in cases will add to the burdens of the already tumbling economy by stating that November will be crucial in determining what the country will face.

“November will decide what the future of our economy will look like,” Scholz explained. “The spike in COVID-19 cases is forcing us to employ strict measures so that we can fight this fresh wave. We have also provided financial help to firms that were affected.”

President Emmanuel Macron of France also announced on Wednesday that the country will be placed on a second national lockdown. All residents of the country will be mandated to stay home except when going out to get essential goods or to the hospital. Residents will also be allowed outside when exercising. Though schools and retirement homes will stay open, inter-regional travel will be prohibited and restaurants, bars, and similar establishments will be closed.

According to Macron, the national lockdown will commence on Friday and continue until December 1. France has a daily average of over 38,700 new cases, that’s a 54% increase from last week’s records, according to Johns Hopkins University. Macron also announced that he will relax the lockdown as soon as the cases recorded daily reduce to about 5,000 cases.

The fresh wave is affecting more countries than Germany and France. Italy recorded 24,991 new cases on Wednesday with a daily average of 18,600 cases every day, according to Johns Hopkins University.

President Ursula von der Leyen of the European Commission declared on Wednesday that “we are deeply in the second wave now.”

Apple is Reportedly Building a Search Engine to Compete with Google