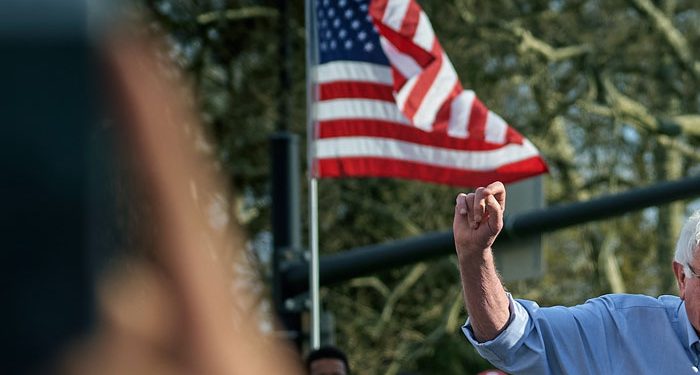 Democrats in Georgia are visibly offended by the way Senator David Perdue mispronounced Senator Kamala Harris’s name at a Trump rally in the state. At the Macon rally, Republican Senator Perdue had mentioned Democratic Senator Harris’ name and said “KAH’-mah-lah? Kah-MAH’-lah? Kamala-mala-mala? I don’t know. Whatever.” And as can be expected, the crowd had laughed and jeered.

Harris is a senate colleague with Perdue and the Democratic vice presidential nominee with Joe Biden. She is South Asian-American and the first black woman in US history to contest as a vice president in America. Perdue was elected into the Senate in 2014 and Harris was elected in 2016, and they serve in Congress together. He appeared to make a mockery of Harris’ name while condemning what he referred to as “radical socialism”.

“Senator Perdue’s intentionally disrespectful mispronunciation of Senator Harris’s name is a bigoted and racist tactic straight from President Trump’s handbook,” Williams said in a statement. “He owes Georgians an apology for his offensive display.”

Casey Black, a spokesperson for Perdue’s campaign team, stated that people should not read meanings into the way the senator mispronounced Harris’ name because he “simply mispronounced Senator Harris’s name and didn’t mean anything by it.” Perdue’s campaign communications director, John Burke, downplayed the incident and said Perdue made a mistake of mispronouncing the name.

Sabrina Singh, Harris’ spokesperson, debunked the defense from Perdue’s team, saying the Republican senator was only being racist and that the three years he had spent with Harris in the Congress is enough time for him to know how to pronounce her name correctly.

“Well that is incredibly racist,” Singh tweeted. “Vote him out. He has been her Senate colleague for over 3 years. 3. Years. THREE. Do better.”

Given that Perdue had also mocked his opponent in the 2017 Senate race, Jon Ossoff, who is Jewish, by running an ad campaign featuring a caricature image of Ossoff with a very big nose, Ossoff stated that Perdue’s mockery of Harris’ name shouldn’t go unaddressed. Perdue had faced nationwide criticism in July for the ad which everyone knew fatally depicted Ossoff, and the ad had been taken down.

Ossoff had referred to the campaign ad as an “anti-Semitic attack ad infamy” by “GOP Sen. David Perdue.” According to him, Perdue would never have intentionally mispronounced the name of another senator if the individual were a white male. “Senator Perdue never would have done this to a male colleague. Or a white colleague. And everyone knows it.”