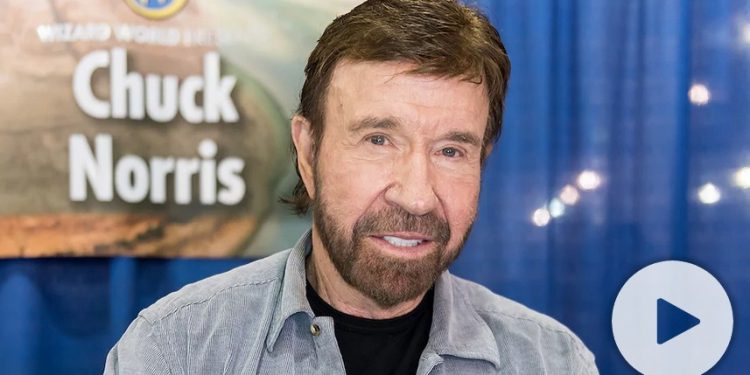 American actor Chuck Norris has reacted to photos circulating widely on social media, purportedly showing that he was present at the US Capitol riots last Wednesday. Norris released a statement on Instagram and Twitter, denying his presence at the rally, which subsequently turned violent, CBS News reports.

“It has come to my attention that unfortunately, there was a Chuck Norris lookalike at the DC Capitol riots on January 6th,” Norris said. “It wasn’t me, and I wasn’t there. Let me be clear that there is no room for the violence of any kind in our society, including in the context of political protests.”

An image recently went viral on the internet, which showed Norris standing alongside a Trump supporter for a photo op during the now infamous demonstration. It was widely shared on Twitter, with many berating the 80-year-old actor for being part of a rally that soon turned violent. From all indications, it seemed the selfie was taken just before the protesters invaded the Capitol building.

However, investigations by media outlets soon unraveled the identity of the Trump supporter standing alongside the Norris look-alike. His name was given as Matthew Bledsoe. Bledsoe had captioned the photo which he shared on social media as “Chuck Norris.”

Erik Kritzer, manager of the actor, had earlier on Tuesday released a statement confirming that the look-alike was not Norris. However, it seemed the statement was not enough to douse the rumors still circulating, forcing the actor to put out a statement himself.

“A peaceful transition of power is fundamental to our democratic system of government,” Norris noted. “I am and always will be for Law and Order.”

Kritzer had announced that the look-alike was not Chuck Norris and was just a wannabe, throwing a slight shade that Norris was more handsome. He said Chuck was on his ranch with his family on the day of the protest and had been there ever since Fox News writes.

Last week, supporters of the president had gathered at the US Capitol in an attempt to overturn what they deemed the stolen mandate of President Donald Trump. Egged on by the president himself, thousands of his supporters marched down to the Capitol. Many of the supporters stormed the building to disrupt the Electoral College vote certification that was ongoing.

The resulting pandemonium caused the death of five persons, including a Capitol police officer. According to a statement by the Capitol Police, over 50 police officers from its department and the Metropolitan Police Department sustained varying degrees of injuries.

His decades of an acting career had seen him star in numerous flicks, including Walker and Texas Ranger, Norris had bagged various awards. In 2017, he was awarded an honorary Texan. Norris is especially famous for his roles in lots of action movies. He was the lead character in the Walker series that ran from 1993 to 2001.

Although he was born in Oklahoma, he has lived the better part of his life in Texas. He’s a conservative who has supported some Texan Republicans, including Sen. Ted Cruz and Greg Abbot. As a Republican, he endorsed the presidential bid of Trump in 2016. However, such public support was not seen in the 2020 election.

Publisher of Hustler Magazine, Larry Flynt, Passes Away At the Age of 78

Bomb Explosion Kills 7, Injures 112 at a Religious School in Pakistan