Pfizer Says COVID-19 Vaccine Has Been Trialed On 44,000 Without Side Effects; To Be Ready In Weeks 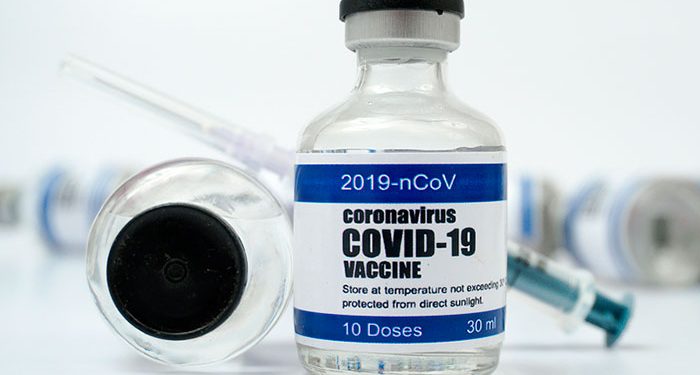 Pfizer said its coronavirus vaccine might be ready in the next few weeks and President Donald Trump has expressed confidence in this time-frame. The president also referenced several COVID-19 candidates that might be ready before the end of the year and in time for the November elections. He said they could be ready within the next 4-8 weeks and once they are available, people will be able to receive them.

“We’re going to have a vaccine in a matter of weeks, it could be four weeks it could be eight weeks…will it be before the Election, it could be…we’ll start delivering it immediately upon getting it,” Trump said.

Pfizer CEO Albert Bourla said the company’s vaccine looks safe and effective and that up to 44,000 have received it in a trial without any significant side effects. He said in the coming weeks, the company will disclose all pertinent information on the safety and effectiveness of its vaccine when they have more data to this effect. He added that he had chosen to share everything publicly because of the widespread politicization of potential COVID-19 vaccines.

“Transparency is a must, particularly given this situation and the politicization of the vaccine,” he said.

According to Pfizer, the company initially planned to trial 30,000 for its most promising vaccine but the number was increased to 44,000 participants that will include teenagers aged 16-18 and people infected with HIV, Hepatitis A, B, or C among other diseases. The company CEO said the number of participants for the trial is expanded to underscore the relative safety of the vaccine. He noted that although more participants may still be recruited for the trial, this will not affect the timeline for making the vaccine ready for public use.

The vaccine was developed by a company known as BNT162 in partnership with German vaccine developer BioNTech. The developers do not know the participants involved in the trial but Pfizer and the Data Safety Commission do since they will be following up on the people to monitor their health and responsiveness to the vaccine.

The available data revealed about 6,000 people who received the real vaccine and the placebo complained of minor side effects which included headaches and sore arms. The safety panel stated that all the significant health issues that arose during the trial were not related to the vaccine in any way – according to Kathrin Jansen, Pfizer senior vice president and head of vaccine research and development.

“We think this vaccine has the potential to give reasonable and good protection, but we need to monitor [it],” said Dr. Mikael Dolsten, the company’s chief scientific officer. “It’s reasonable also to assume that we need maybe in the future a boost because this is a real pandemic and there’s going to be a lot of viruses circulating even after global [vaccination] campaigns.”